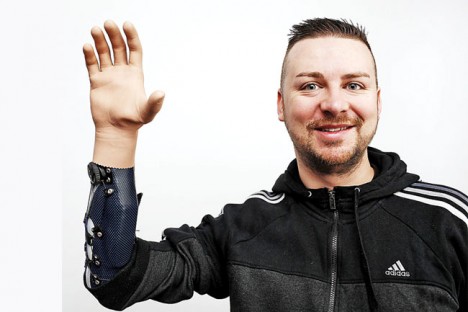 It may only be a matter of time before people begin replacing body parts with bionic alternatives that do all of the same things and more, and in a ay it has already begun: these three patients had their limbs severed and prosthetics added to increase their functionality.

The individuals in this case all had nerve damage between the nerves of their spines and hands, resulting in mostly or entirely paralyzed limbs – with no potential for recovery, the choice to replace simply made the most sense. 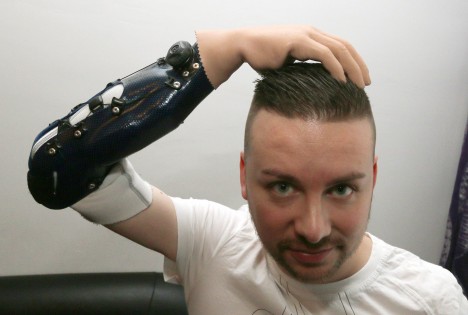 These ‘bionic reconstruction’ surgeries were executed by Oskar Aszmann at the Medical University of Vienna, Austria. Grafted muscle relays translate signals from the patients’ brains to their artificial limbs. The new hands need to be powered to function properly and are recharged each night. These bionic enhancements are still not as capable as ordinary hands, but it may not be too long before they are. For now, they can perform simple but powerful tasks, like picking up and holding objects, pressing buttons and gripping surfaces. 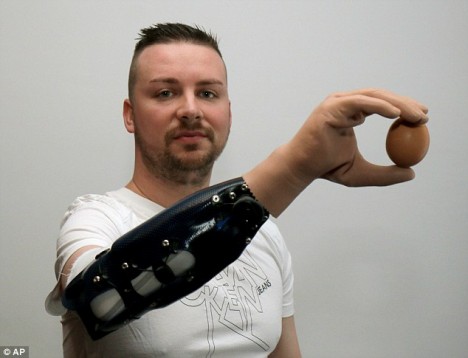 Per NewScientist: “Before the operation, Aszmann’s patients had to prepare their bodies and brains. First he transplanted leg muscle into their arms to boost the signal from the remaining nerve fibres. Three months later, after the nerves had grown into the new muscle, the men started training their brains. First they practised activating the muscle using an armband of sensors that picked up on the electrical activity. Then they moved on to controlling a virtual arm. Finally, Aszmann amputated their hands, and replaced them with a standard prosthesis under the control of the muscle and sensors.”

See more in Cybernetics or under Technology. May, 2015.