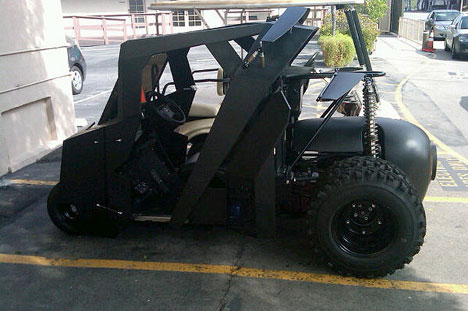 So you say you’ve always wanted to take up golf but you just couldn’t stand the thought of wearing those ridiculous outfits and driving those tiny golf carts around. Well, one Batman superfan has taken the silly-looking game of golf and made it way cooler with this unbelievably awesome golf cart that looks like Batman’s Tumbler. 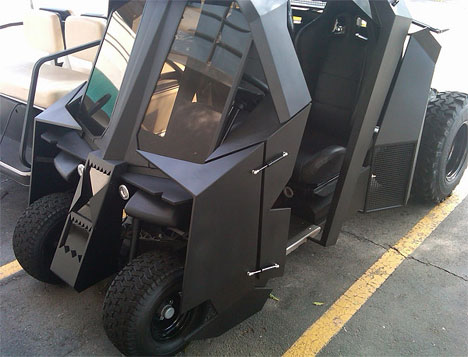 The golf cart was spotted on the Warner Brother studio lot and was eventually found to belong to a Batman fan who works on the lot. It might not be as powerful or as fast as the real Tumbler, but it’s almost as cool. 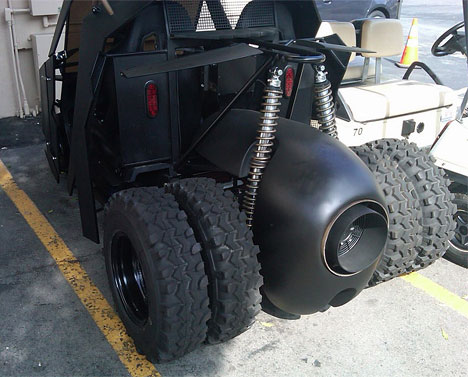 You’d be pretty likely to get kicked off of any golf course in the world for driving this mutant beast around. But if your goal is to intimidate the other golfers then there’s no more stylish way to do it. Indian special forces who recently started using armored golf carts could learn a thing or two about style from the awesomely talented builder of this impressive mod.

See more in Art Vehicles or under Transportation. June, 2010.