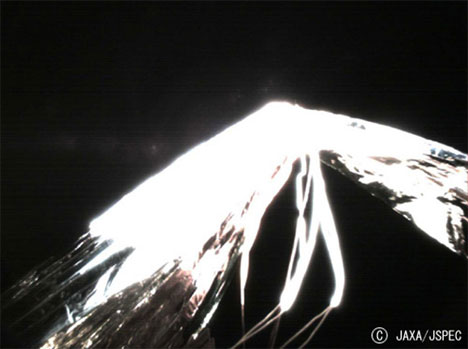 The Earth’s first solar-powered spacecraft successfully unfurled its solar sail in space, taking one more step toward heralding in a new era of space exploration. Japan’s Ikaros spacecraft was launched in May 2010 and became the first space exploration craft that doesn’t need to carry fuel on board, giving it unparalleled potential for reaching and exploring deep space.

But it wasn’t until June 10 that the craft unfolded its solar sail, which is no small feat since the lack of gravity poses a challenge. Ikaros spun around, using centrifugal force to open the sail. The sail is 650 square feet and about the same thickness as a red blood cell. It works by reflecting photons and using the resulting momentum; with the sail being constantly bombarded by photons the velocity adds up and the craft easily glides through space. 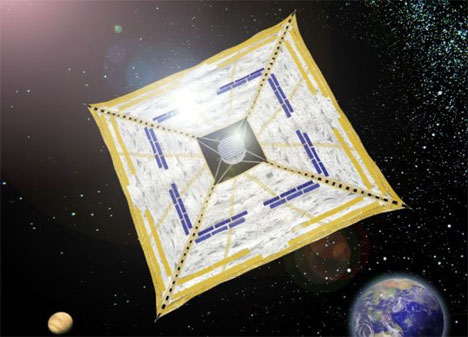 The solar spacecraft is our best bet for exploring far away from Earth since it’s the only craft that doesn’t have to carry heavy fuel along with it. In addition to the sail, Ikaros also features super-thin solar cells that could be used to drive an engine alongside the sail. The sail isn’t yet being used to propel Ikaros – that will be the next big step in figuring out just how effective solar space travel can be.