10,000+ Subscribers
Creepy Talking Clock Wakes You Up, Gives You Nightmares

In Japan, it’s believed that your blood type is an indication of your personality. It’s similar to the Western belief in astrology; there are even dating services that match people based on blood type. And now, there’s an anthropomorphic clock based on blood type that will not only wake you up in the morning, but possibly keep you up nights as well. 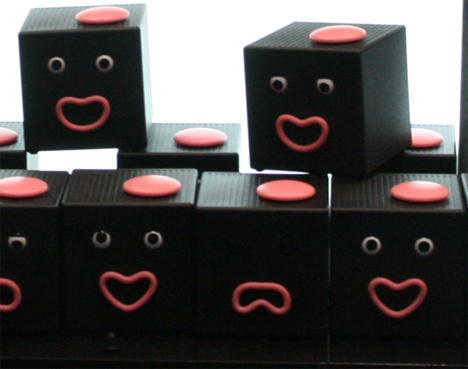 Clockman looks innocuous enough at first. He’s cute – who wouldn’t want to wake up to this adorable face? His personality is based on the user’s blood type, so he can be bold and funny or reserved and polite based on the personality of his owner. Sounds great, right? And then you watch the video of the little guy in action, and all of that changes.

The goofy little lips never stop moving, and his creepy Furby voice never shuts up. Sadly (actually, not that sadly) we don’t speak Japanese, but we can guess it’s saying something annoying. And since it knows your blood type, you’d better hope it doesn’t evolve and grow arms. If it does, it seems pretty likely that one morning you’ll wake up in a tub full of ice, missing a kidney. Hitting the streets of Japan in November, if you’re into things like that.

See more in Clocks & Watches or under Gadgets. October, 2009.