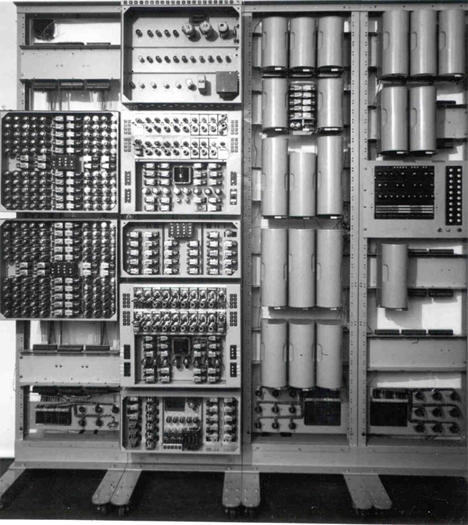 And you thought your computer was a dinosaur. Recently, the world’s oldest working computer was dug out of storage and restored to working order at the National Museum of Computing at Bletchley Park. The Harwell Computer, also known as WITCH (Wolverhampton Instrument for Teaching Computing from Harwell) is a relay-based computer that was first functional in 1951. From 1952-1957 it was in use at the Atomic Energy Research Establishment in Oxfordshire. It spent its remaining years, until 1973, as an educational tool at Staffordshire Technical College. After that, it was donated to the Museum of Science and Industry in Birmingham, where it has since been in storage for nearly 30 years. 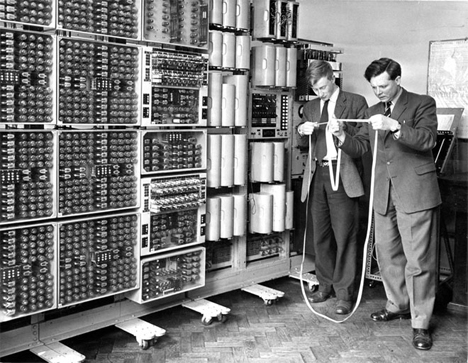 The giant machine is now being hauled out of its packaging to once again be displayed and admired at the National Museum of Computing. It is on loan as a part of a Computer Conservation Society project, and is being carefully reassembled from old photographs. Though the original circuit diagrams are available to aid in the restoration, there’s not much else to go on. Photographs have proven to be extremely useful in putting the machine back together correctly. 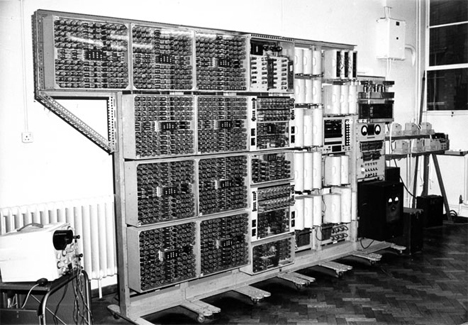 The Harwell Computer is such a piece of history because it is the oldest surviving working computer with electronically-stored data and programs. It helped to design the first nuclear reactors in Britain in the 1950s. The restoration will be carried out over a few months before the WITCH will be displayed next to another historic computer: the Colossus Mark II. 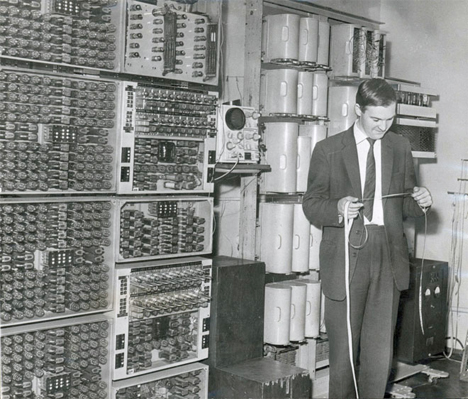 Go here to watch a short video from the BBC giving more history on the computer and to see it being unloaded and assembled. The National Museum of Computing has invited the public to sponsor the considerable cost of the restoration; if you’re interested, you can get more information here.