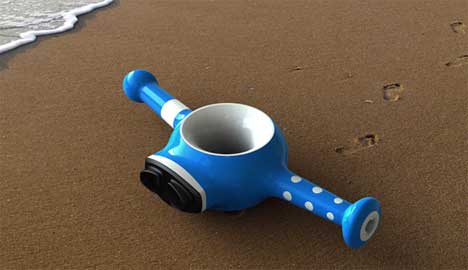 Here’s an invention for everyone who loves watching marine life at the beach but doesn’t want to actually get into the water. The Beriscope looks like a child’s toy, but it’s actually a little more sophisticated than that. The spherical end of the gizmo – which is actually a camera – is attached to a long tether that allows the ball to descend into the water. The user then places the device up to their eyes to watch the underwater show. 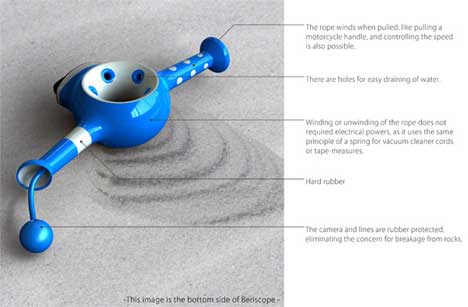 Throwing the camera into the water is a bit like casting a fishing line: you rear back and then let it go with all your might. When you’re ready to bring the camera back up, just twist on the opposite hand grip and the cord retracts like magic. Everything is coated in protective rubber, minimizing the chance that the device will be broken on the way down or the way back up. 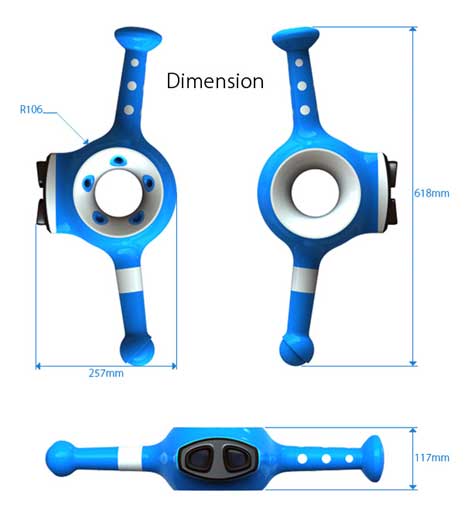 It’s easy to imagine a gadget like this being used to scout out potential diving spots or just to get a taste of what it’s like under the water for those who aren’t able to scuba dive. It would be nearly impossible to direct the ball camera to a specific place, so this camera seems best left to those who are able to go with the flow and watch whatever underwater visions might happen to float by. But if the designer, Jaewon Choi, were able to add a light to the design, we can see it becoming a hot rental item at beaches all around the world.