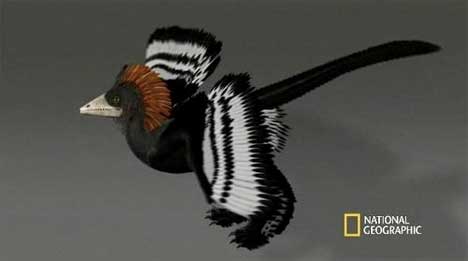 One of the biggest mysteries in the study of dinosaurs has always been what the ancient creatures actually looked like. Scientists can piece together bone structures, but until now they’ve had to guess on aspects like skin or plumage coloration. These pictures are the first accurately rendered pictures of the 155 million-year-old Anchiornis huxleyi, complete with true-to-life plumage colors. 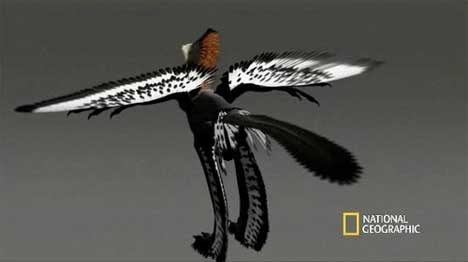 Researchers at Yale University used a scanning electron microscope to study pigment samples from fossilized feathers, then compared the samples to modern birds. They came up with this interesting-looking specimen, which resembles a chicken-sized woodpecker. The knowledge that a feat like this was even possible only surfaced in 2008, when a research team discovered melanosomes – organelles containing pigment – in fossilized bird feathers. 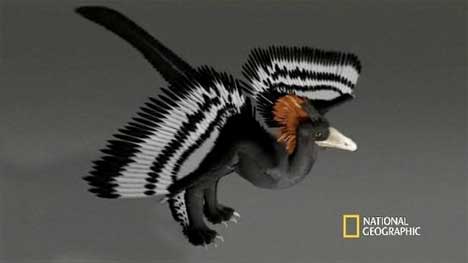 Just a week before this discovery, a different team made a similar advance, but were only able to be sure of the coloration of a small part of a dinosaur. The rendering of a complete dinosaur, with all of its colors being pulled directly from a scientifically accurate method, can help paleontologists figure out how certain characteristics – like feathers and their distinctive coloration – evolved.

See more in Earth & Nature or under Science. February, 2010.