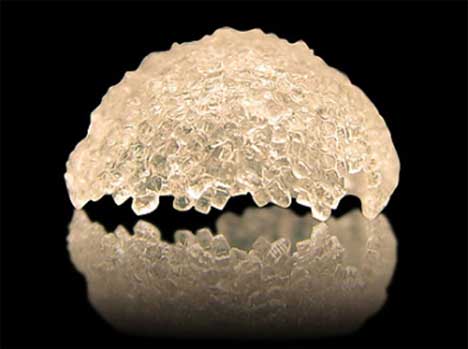 Doctors and sci-fi writers alike have long dreamed of being able to grow human organs in a lab. From research to organ transplants, these lab-grown people parts could be endlessly useful. But one of the biggest obstacles is getting lab-grown cells to form in a three dimensional configuration rather than flat in a Petri dish. Researchers at the MIT-Harvard Division of Health Sciences and Technology recently developed a novel solution to that problem: they grow living cells inside cubes of a polymer called polyethylene glycol (PEG), then stack the cubes like a child’s building blocks. They are, say the researcher, rather like biological LEGO bricks. 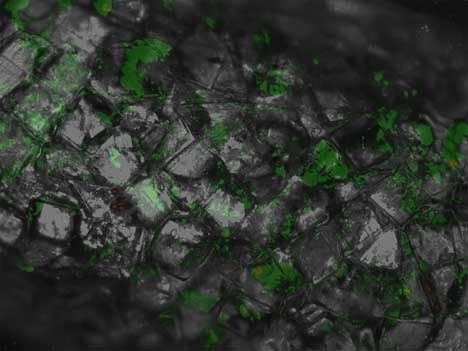 The technique is being called “micromasonry.” Cells are encased in a type of PEG that hardens when illuminated, so after the “blocks” are formed a bright light is shone on them to harden the polymer. The blocks can then be arranged in molds of the desired shape, coated in more PEG, and hardened again to hold the whole structure in place. The technique has so far only been used to form capillary-like tubes, but it could eventually make entire organs. And the biggest upside to this unique method is that it could be replicated in any lab without any special equipment, unlike the organ printing and skin printing technology that is also in development.

See more in Medical Marvels or under Science. May, 2010.