10,000+ Subscribers
Biking With the Birds: Pedal in the Sky on Suspended Lane 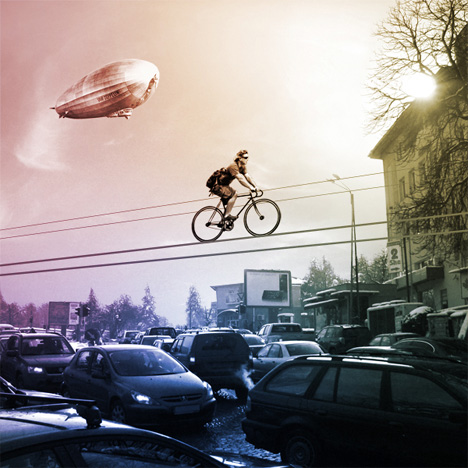 If there’s one thing bike commuters are plagued by, it’s cars. And we’ve met some car commuters who aren’t thrilled to share the road with cyclists, too. So what’s the solution? In plenty of UK and US cities, bike lanes work wonderfully to give cyclists a safely separated space to pedal. 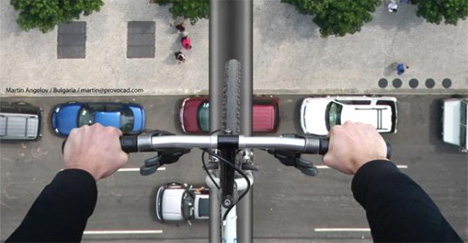 But bike lanes are not always enough to keep them safe from cars and trucks. So Bulgarian architect Martin Angelov came up with this innovative design for a suspended bicycle lane that would further remove cyclists from harm’s way. 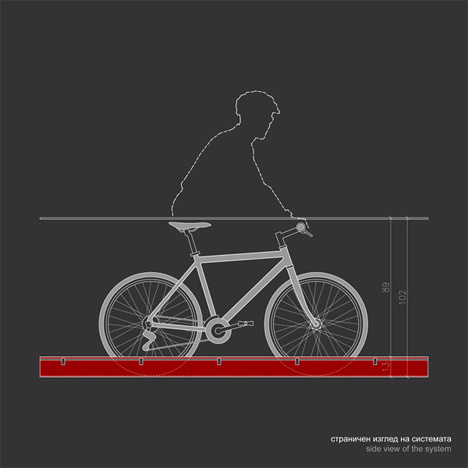 The flying bike lane is called Kolelinia, and it’s safer than it looks at first. Bikes ride along U-shaped lengths of steel that are suspended between towers scattered throughout the city. Special safety devices attach to each of the bike’s handlebars and grip onto the safety wires, keeping cyclists safe and steady far above the ground. 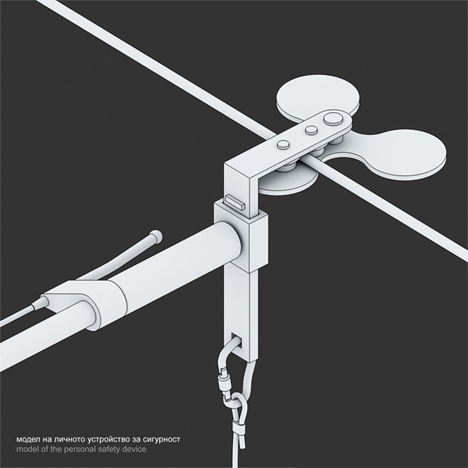 It works kind of like a subway: commuters get on and off at stations dotted around the city. Once their bikes are securely attached, cyclists simply ride along the track until they get to their stop. We won’t lie – we’re sort of terrified of heights, so riding that far above the street is not exactly a great idea in our books. And then there’s the prospect of getting stuck behind a slow rider when you’re in a rush to get to work. But as far as creative commuting ideas go, this one is at the top of the heap.

See more in Bikes & Cycles or under Transportation. January, 2010.