Call us old-fashioned, but we expect our cell phones to do calls, texting, maybe some music and some light web browsing. We do not expect our phones to stave off a 5 o’clock shadow or metabolize sugary drinks. But apparently that’s why we’re not designing the next generation of cell phones. 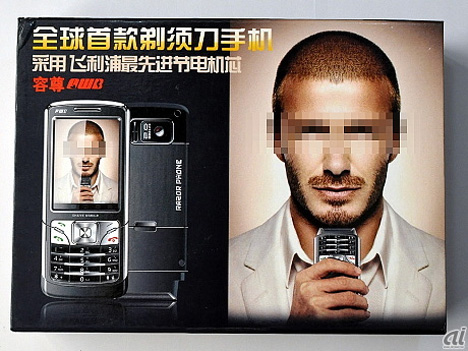 This is either the best idea ever or the worst idea ever. We honestly can’t decide. The razor cell phone is being introduced in China and evidently it’s no big deal to the country that already has all kinds of crazy cell phone functions and gadgets. But just as baffling as the unholy union of an electric razor and a cell phone is the fact that David Beckham is in the ad. Is pro soccer really paying that poorly these days? Read a detailed review of the razor phone (in Japanese) at cNet Japan. 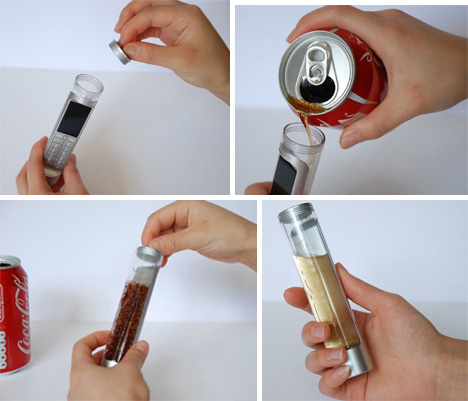 Another bizarre Chinese cell phone that hasn’t quite made it to market yet is this Coke-powered Nokia-branded concept by designer Daizi Zheng. The phone holds a small amount of sugary carbonated drink in a chamber on the back, and some special cell phone magic takes place to convert enzymes from the carbohydrates to electricity. If it sounds familiar, that’s because it’s sort of what our own bodies do to get energy from carbohydrates. The idea is that the “bio battery” would hold a charge longer than a traditional battery and be fully biodegradable. Although it’s weird (and we bet the chamber would get really disgusting) we have to admit that a gadget modeled after the human body’s energy system is pretty creative.