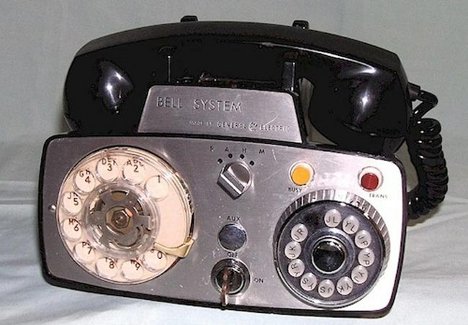 We tend to think of mobile phones as a purely modern invention, but here’s a fact that will blow your modern mind: more than 1.5 million people were using mobile phones in 1964. Sure, they weren’t the streamlined mini versions we enjoy today. They weren’t even as small or as portable as those awful bag phones of the 80s. But they were mobile, and they worked.

There were no cellular networks back then, of course – these monsters used radio bandwidth. The car-mounted stone-age phones were so energy intensive that the headlights of the cars they were in dimmed visibly when the phones were in use. They reached an impressive amount of users considering their high price, hefty weight and somewhat unreliable technology. But then again, so did the first handheld cell phones of the following decade.