10,000+ Subscribers
Battery of Mysteries: Why Did World’s First Battery Exist? 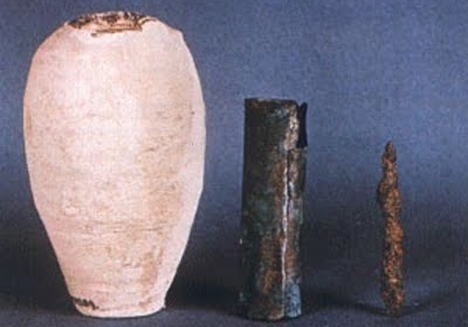 Some of the greatest mysteries are those that surround ancient gadgets. Because of their antiquity, we may never truly know how they were built or what their purpose was. Such is the case with the Baghdad Battery, a device unearthed in Khujut Rabu, just outside of Baghdad, in 1936. It consisted of a small clay jar containing an iron rod suspended inside ofÂ  a copper cylinder. The copper cylinder was soldered shut and sealed with asphalt. Wilhelm Konig, a German archaeologist working at the National Museum of Iraq, examined the device two years after its discovery and came to the conclusion that it was an ancient battery. 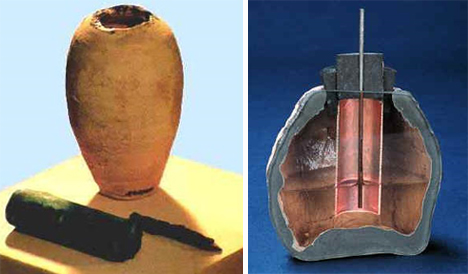 Indeed, when replicas were built they were able to generate small amounts of electricity. But if the device was a battery, it would pre-date other batteries by at least a thousand years. And what, exactly, would an ancient civilization have use batteries for? For many years, experts contended that the Baghdad Battery would have been used to electroplate thin layers of gold onto silver items. That theory has fallen out of favor due to lack of evidence. 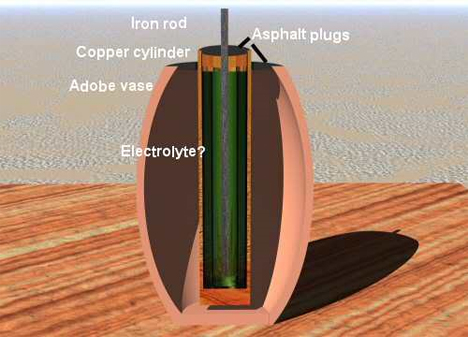 In fact, many archaeologists now believe that the Baghdad Battery had no electrical purpose at all. The usability of the ancient batteries has been proven in various scientific and entertainment arenas, but so far all that can be said is that it was possible to produce electricity with these primitive cells. Whether they were ever used for that purpose – and what, exactly, they may have powered – may never be known. Like the Antikythera Mechanism and so many other ancient gadgets, its function may be forever lost to time.