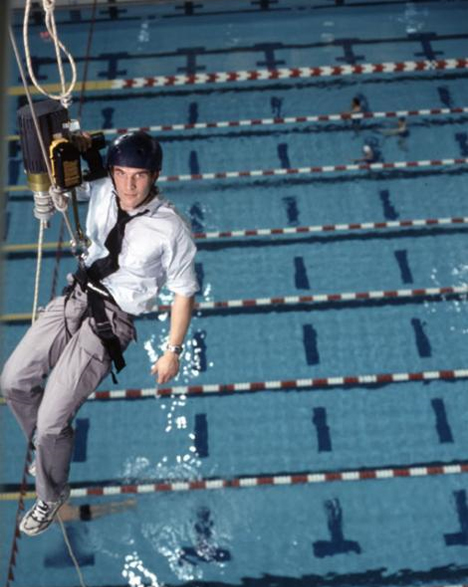 For everyone who ever watched Batman shoot his rope straight up and then ascend just in time for the bad guys to run straight at each other and knock each other out (man do we love Batman), this gadget will make you giggle like a schoolgirl. The Atlas Rope Ascender isn’t the first reverse-rappelling invention to bring this idea to life. But it does appear to be the first to be light and portable, and powerful enough to lift a fully-outfitted soldier up to 600 feet at 10 ft/second on a single battery charge. 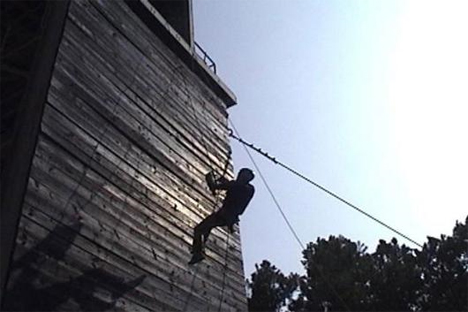 Devised by Nathan Ball and three colleagues, the device was a response to MIT’s call for high-powered devices to enable rapid vertical mobility. The competition rules stated that the device should weigh less than 25 pounds and be able to lift a 250-pound load 50 feet into the air in five seconds. This was, needless to say, a lofty challenge. But the team came up with an ascender that lifted its 250-pounds load 50 feet into the air in just seven seconds – two seconds behind the competition’s guidelines, but still a huge mechanical achievement.

The possibilities for a device like this are basically endless. It can be used for scaling buildings, climbing cliffs, rescue operations, and towing loads. Military, police and rescue organizations have all been involved in testing and developing the device. As great as that is, and as many lives as this thing could probably save, is it too much to ask that they wear a cape while using it?

See more in Industrial Design or under Technology. October, 2009.