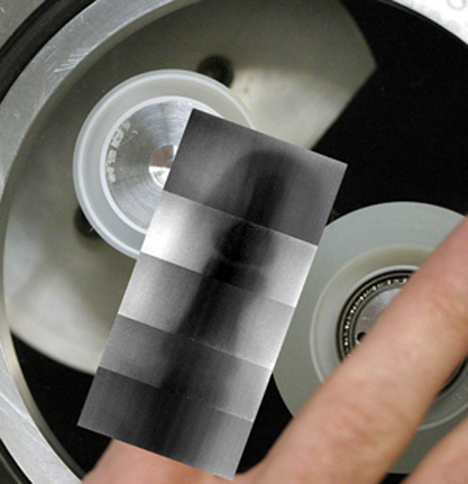 If you have ever (for whatever reason – that’s none of our business) locked yourself in a dark closet and peeled Scotch tape from its holder, you may have noticed a tiny bit of light. The tape actually emits a faint luminescence when it’s being separated. It’s due to a phenomenon known as triboluminescence, which has been documented as far back as the 17th century. In the 1950s, Soviet researchers claimed that unrolling sticky tape resulted also in the release of X-rays, but no one really bothered to follow up on that study until now.

A group of researchers at UCLA decided to test the X-ray claims recently. Using a machine to unroll the tape at 3 centimeters/second in a vacuum, they measured the electromagnetic output. The short bursts of X-rays lasted for about a billionth of a second each and output 300,000 X-ray photons. The researchers were even able to prove the presence of the X-rays by producing pictures of their finger bones. There’s no need to worry about getting a super-dose of radiation while taping the paper on birthday presents, though; the phenomenon seems to work only when the tape is in a vacuum. 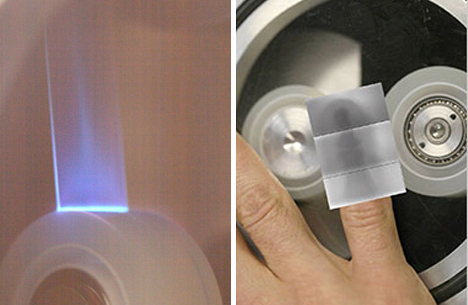 The applications for this new knowledge are kind of sketchy at this point. The research team thinks that it may be useful for making cheaper X-ray machines or even for aiding in nuclear fusion. Both seem a little far-fetched, but harnessing this little-understood physical phenomenon may even create new, unforeseen possibilities in the future.