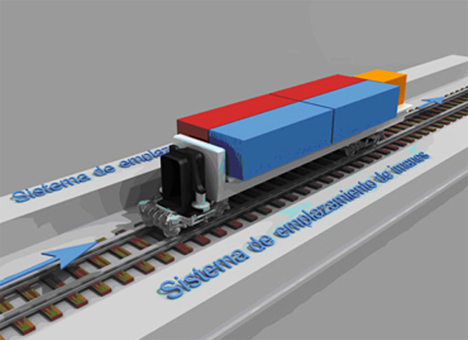 Magnetic trains could soon be used to transport everything from people to mail to industrial supplies. Novateq Guerrero SNL, a Spanish technology-based company, has already started development on a clean-energy transport system that could have all the advantages and hardly any of the problems (like noise and environmental pollution) of conventional transport methods. Their system would include the use of rare earth magnets, which are roughly nine times stronger than conventional magnets. The vehicles would be propelled along the track by a specific combination of attraction and repulsion of their powerful magnetic fields.

If this all sounds vaguely familiar, it’s because it’s sort of been done lots of times before, with varying degrees of success. Above is a video of the Linimo train in Japan, which uses similar technology. But none have matched the scope that this project may one day reach. It is simple, straightforward, and will require only periodic lubrication and maintenance to keep it operating at optimal levels. The company has already built a prototype and hopes to finish up the research stage of their project in the next few months, then get on to building the actual system.

See more in Mass Transit or under Transportation. November, 2009.