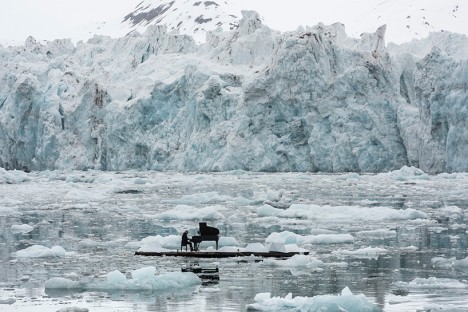 Famous Italian pianist and composer Ludovico Einaudi performed a unique concert in front of a glacier in Svalbard, Norway, to raise awareness about climate change and its impacts in lesser-seen regions of the world.

His ‘Elegy for the Arctic’ was played from an artificial iceberg, on which the composer sat with his grand piano, sponsored by Greenpeace. It was timed to coincide with a week-long meeting of the OSPAR commission in Spain 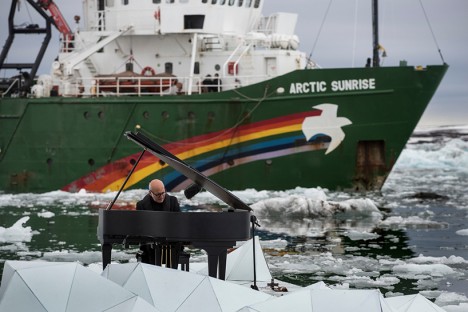 “Through his performance, Einaudi adds his voice to those of eight million people from across the world demanding protection for the Arctic, from threats like oil drilling and destructive fishing,” Greenpeace said in a public release.

“I could see the purity and fragility of this area with my own eyes and interpret a song I wrote to be played upon the best stage in the world,” Einaudi said from onboard the Arctic Sunrise. “it is important that we understand the importance of the arctic, stop the process of destruction and protect it.” 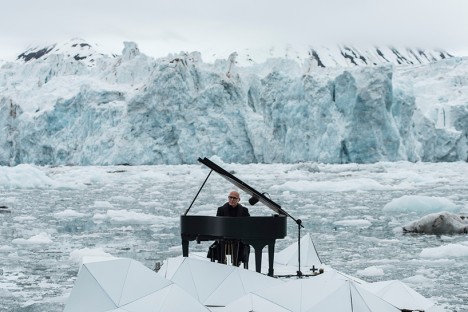 The piece is understandably melancholic, but has hopeful notes as well, already reaching an audience of millions thanks to a viral campaign.