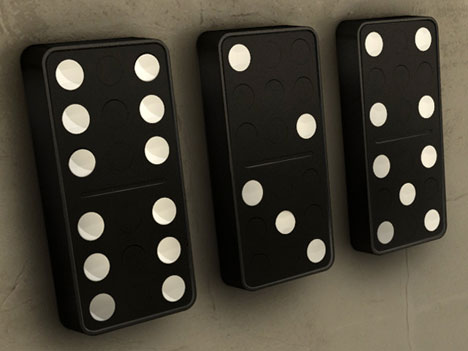 The classic game of dominoes gets a modern, stylish update with the Domino Clock, a beautiful wall or free-standing clock design from Carbon Design Group. The clock is composed of three large dominoes with dots that switch between black and white to indicate the time in a surprisingly sophisticated way. 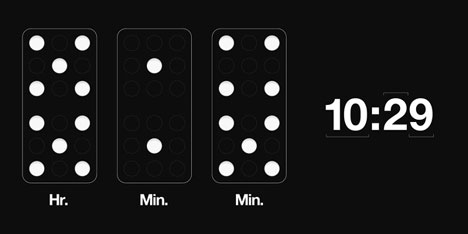 The left-most domino indicates hours and the other dominoes indicate the tens and ones places for minutes. A zero is displayed by a blank domino and a one is displayed by a single white dot on the bottom half of the domino. The simple elegance of the design is enhanced by the fact that the pieces all operate wirelessly, so there are no connecting cords between the dominoes to distract from the design.

Carbon’s design focuses on a tangible and literal reference to a real domino. From the materials used to the relative proportions and sizes of the elements, the clock honors the item that inspired its designers. 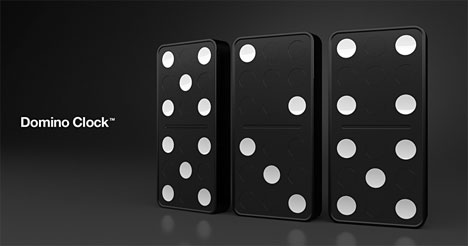 Despite running on batteries, the clock was designed to be surprisingly energy-efficient. The designers were particularly concerned with giving the time transitions the smooth, slow feeling that you might associate with foot-tall dominoes if they were to fall like their smaller-sized counterparts. Carbon hopes to have their first working Domino Clock hanging on the walls of their own studio soon, and possibly going into production after that.

See more in Clocks & Watches or under Gadgets. January, 2011.