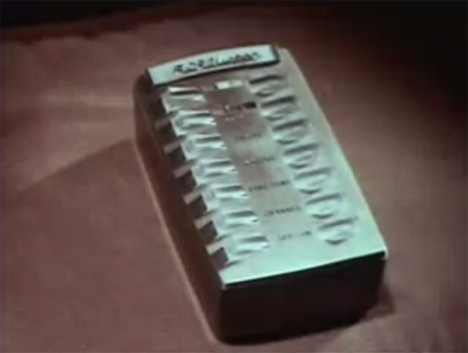 In the 1960s, color televisions were gaining traction as the world’s premier form of entertainment. There were still some glitches, though, as frustrated lazy viewers worried about having to get up repeatedly to adjust the volume, channel, or picture settings. The very first television remote controls debuted in the mid-1950s, but this 1961 commercial from RCA made the concept seem downright sexy.

Full of dramatic flair and a lovely, enthusiastic model to demonstrate the thrilling technology, the commercial puts emphasis on how to work each of the controls. To a modern mind – one that has dealt with mega-remotes for years – the instructions are tedious and simplistic. But when the commercial was released, not many households had experience with such a luxury. 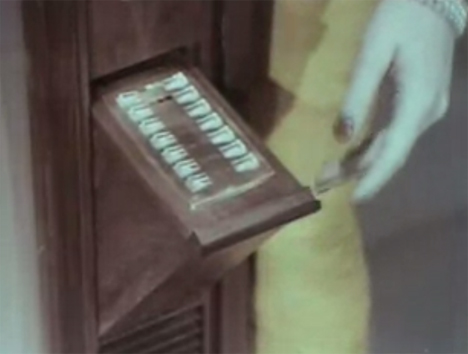 One of the features of the TV that we really love is the storage compartment for the remote. Just like everyone’s dad used to say, when you aren’t using the remote it should be on (or in this case, in) the TV so you can find it next time.

See more in Vintage Videos or under Vintage & Retro. November, 2013.