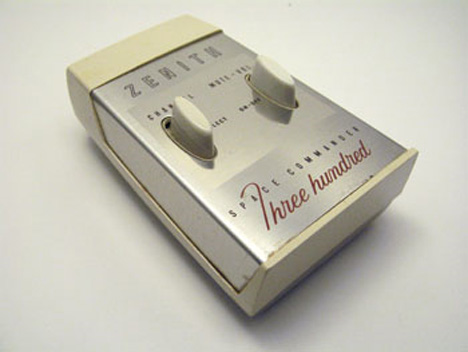 Today it’s hard to imagine life without remote controls. We use them to manipulate everything from TVs and stereos to window coverings and ceiling fans. But a mere 55 or so years ago, the remote was little more than a theoretical futuristic product and channel surfers had to get up off of the couch once in a while. The first practical, usable TV remote control was created in 1956 by Zenith. Dubbed the Space Commander, it had only two buttons and a peculiar weakness. 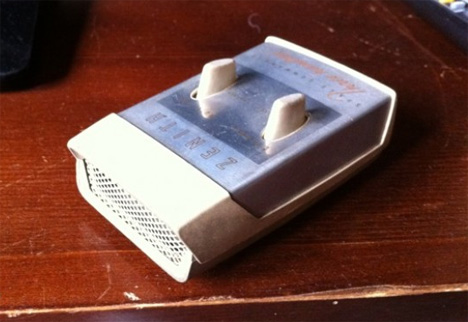 The Space Commander wasn’t Zenith’s first try at a remote control. The Lazy Bones and Flashmatic came before, with the former being a cumbersome wired model and the latter working with a beam of light that was, to the receiver on the television set, indistinguishable from any other light source that happened to shine on it. Neither of these models panned out, but the Space Commander was full of promise. It operated on ultrasound frequencies generated when each button was pressed and struck a bar internally.

The ultrasound remote was an improvement, but still had a flaw: unrelated noises of similar frequencies caused the channel to change at unwanted times. A handful of jingling coins, a child’s xylophone, or any number of similar sounds were close enough to the remote control’s frequencies that they would often cause spontaneous channel changing. Flawed though it may have been, the Space Commander will always have a special place in technology history.

See more in History of Tech or under Vintage & Retro. October, 2010.