10,000+ Subscribers
Wrap Music: This Wrist Cuff Holds Your Earbuds For You 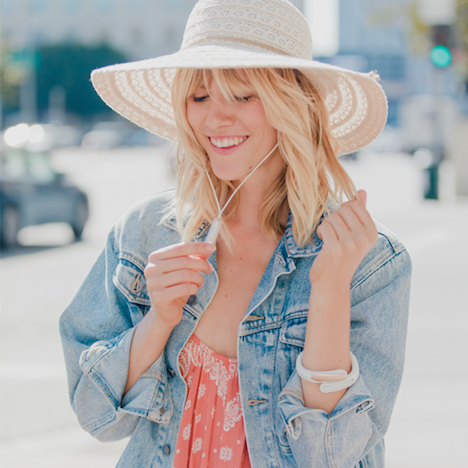 If you’ve ever reached into your pocket or bag to grab your earbuds and come up with a handful of hopelessly tangled cord, you know the struggle. There are cases to hold them, but if you’re anything like us, you lose those pretty quickly. The designers behind Helix want to help you keep your earbuds nearby and tangle-free.

In the process, they’ve created a fashion accessory that effectively hides the technological prize inside. The wristband, which comes in a variety of main color/accent color combinations, opens up to reveal a pair of Bluetooth earbuds. With a couple of swift movements you release the earbuds from their storage spot, turn them on, and jam them in your ear-holes. 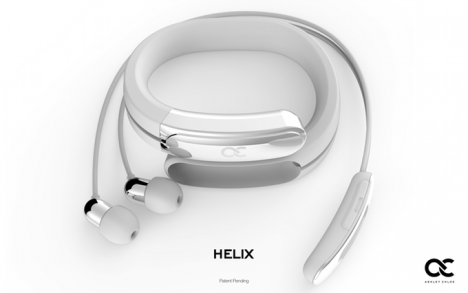 According to a study that the designers cite, people spend about four hours a day listening to headphones (not true for us in particular because we like to obnoxiously blast our music from our computer speakers, but whatever). As the Helix is still in the design refinement stages, there aren’t any customer testimonials about how comfortable the earbuds are over long periods. 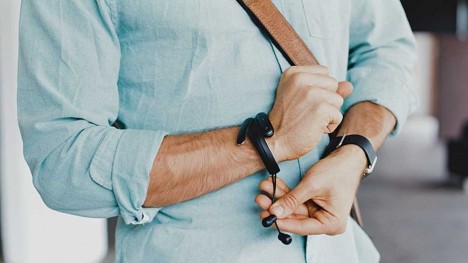 The designers seem to have focused a lot more on the design of the wristband rather than on that of the earbuds themselves, which is a little troubling. The Bluetooth control unit hangs down a bit under the chin, vaguely bringing to mind the little string that holds a kid’s cowboy hat on. Still, the wristband IS very stylish and looks like it could be easily integrated into any wardrobe for any gender. 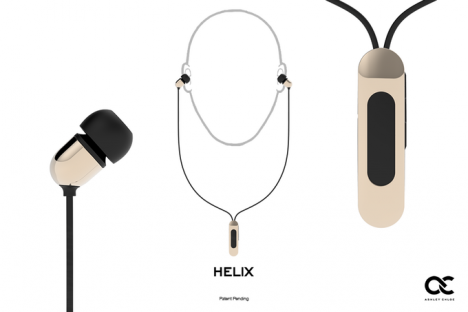 At the time of publication, the project’s Kickstarter campaign has raised more than double its initial funding goal. When/if the Helix makes it to retail markets, it will retail for $199. For that price, the sound quality had better be totally amazing. The last thing we need is another expensive wearable that we give up on after a few weeks because it proves to be pretty, but not exactly a powerhouse in the functionality department.