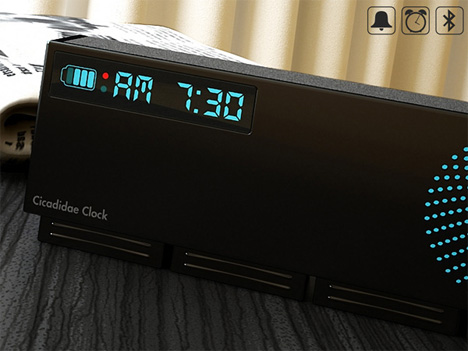 All alarm clocks are inherently evil, but this one is especially so. Named after cicadas, those insects that swarm every summer to create a constant backdrop of buzzing sounds, the Cicadidae Clock concept from Jongwoo Choi turns all of your gadgets against you to force you out of bed whether you like it or not (and you definitely won’t). 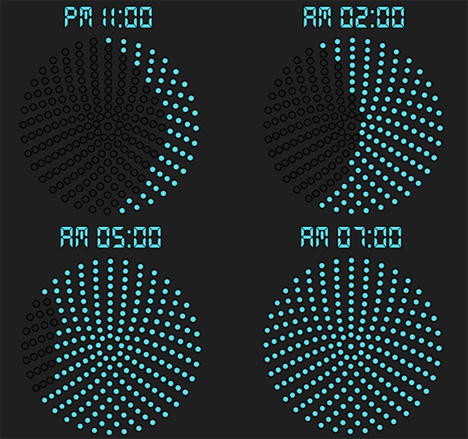 The main unit of the clock sits next to your bed and innocently displays the time. The face also has a neat little LED graphic showing how long until your alarm goes off: the lights slowly come on until the entire circle is lit. 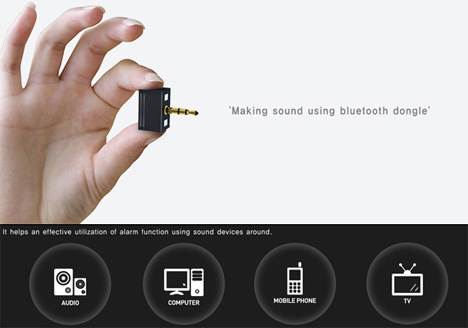 There are also four tiny pieces that disconnect from the main clock and plug into other devices with a 3.5mm jack. Before you go to bed, you plug each little dongle into a different gadget such as your computer, your stereo, your TV and your mobile phone. 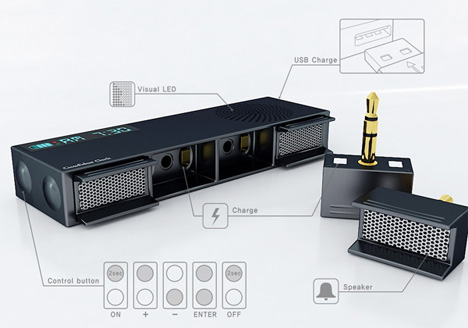 In the morning, as the last light goes on in the LED display and the clock hits the programmed wake-up time, your bedroom comes alive with a horrible chorus of noise. Each of the little dongles sounds off with your alarm and will not shut off until you get up and unplug every one. 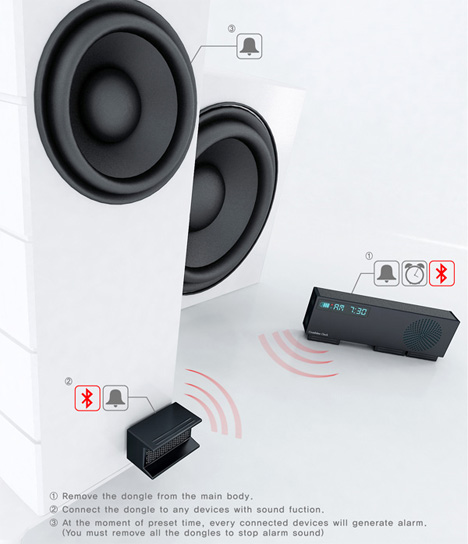 The Bluetooth dongles each feature a small speaker and unfortunately require that you leave the sound-equipped devices (like your TV and stereo) on all night so they have power to sound off in the morning. But if you have the nasty habit of hitting “snooze” over and over until you’re shockingly late, this idea could be the one thing that gets you out of bed on time.