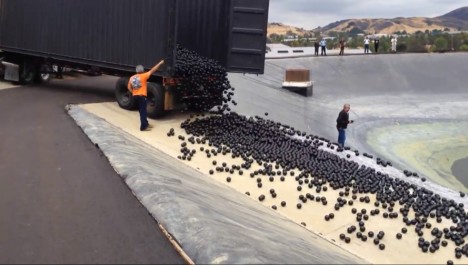 In Los Angeles, close to 100,000,000 small plastic balls have been deployed into area reservoirs, all part of an unusual plan to reduce evaporation and pollution in public water reserves.

The 4-inch spheres, known as “shade balls,” help prevent carcinogen contamination while also keeping water from disappearing into the air under the heat of the sun. The layer of balls acts as a shield against algae growth and animal-base contamination, too. 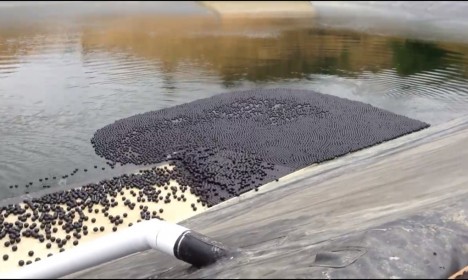 At three balls for a dollar, the cost adds up, but the estimated savings is there too: an expected reduction of water loss by around 300,000,000 gallons annually (or: 3 gallons per ball), which is enough drinking water for close to 2,000 people a year. The polyethylene compound also can prevent a harmful chemical reaction, saving residents from being exposed to bromate.