10,000+ Subscribers
Wheel of Misfortune: Historic Failure of the Monowheel 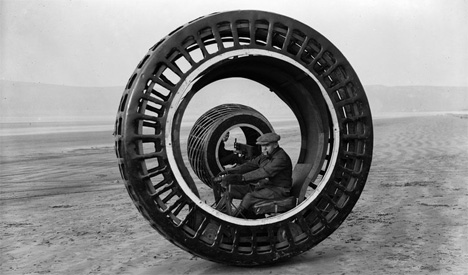 The monowheel is one crazy idea from the past that has always inspired and enthralled us from its first appearance in France in 1869. Arguably the most well-known iteration of the strange type of vehicle is the one above, created in 1932 by Dr. J.H. Purves. The motorized monster was called the Dynasphere, and it is believed to have reached speeds of up to 25 or 30 MPH. The video below was taken in Weston-Super-Mare, UK, in 1932 during a test drive of the Dynasphere.

Dr. Purves believed that the monowheel was the most simplified form of motorized transport possible. Unfortunately for him, his creation was never as successful as he hoped. It was not the most stable vehicle, could not carry more than one passenger in addition to the driver, and suffered from a number of other insurmountable design problems. As a fun piece of transportation history, however, nothing is more entertaining and fun than the motorized monowheel. 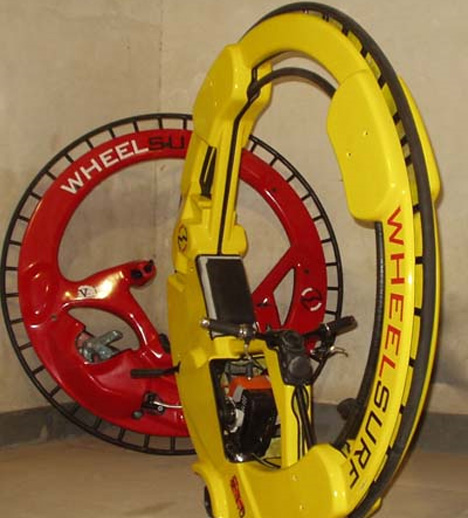 Despite the failure of the Dynasphere and other monowheel vehicles, inventors are still coming up with new and strange generations of wheels that the driver sits inside of. The WheelSurf was created by a company in the Netherlands and in 2007 they started taking orders for the strange vehicle. The WheelSurf is not street legal, making it a little difficult for drivers to show off their unique ride. 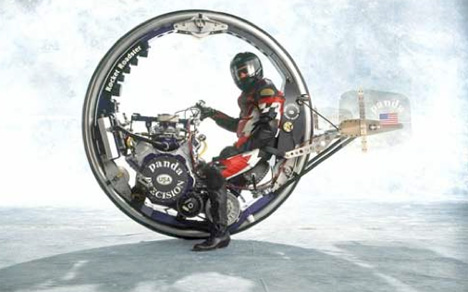 Kerry McLean is one of the most vocal modern supporters of the monowheel. He has been working on his incredible monocycle inventions for over a decade, refining and developing his ideas for a single-wheel motorcycle called the Rocket Roadster. Following a horrific crash on the maiden voyage of the Rocket Roadster built in 2001, McLean went back to the drawing board and invented a safer, more stable version of the monowheel motorcycle. 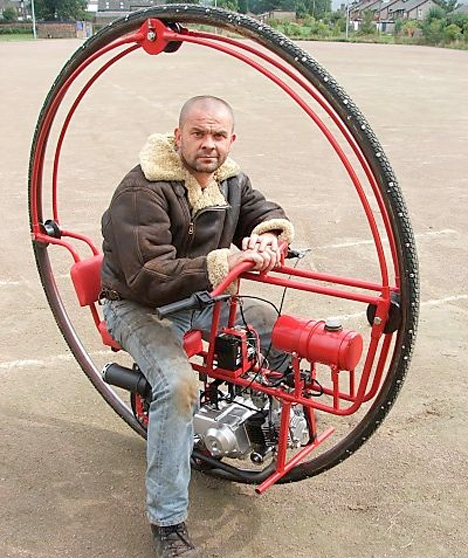 Still, monowheels have never caught on with a mass audience as a viable mode of transportation. The fanciful appearance of the monowheel basically guarantees that there will always be new generations of designers willing to try their hand at creating the next notable one, but the world may never see legions of these strange vehicles parading down the highway carrying commuters to work.