10,000+ Subscribers
Weird & Wild Ancient Creatures Had No Heads, No Eyes 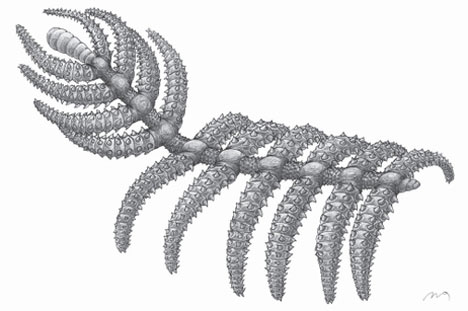 There was a time in Earth’s history when life exploded into a veritable carnival of bizarre shapes, weird forms and totally unbelievable animals. This one, referred to by one expert as a “walking cactus,” is particularly remarkable.

Three examples of this incredible creature were discovered by Jianni Liu in three separate fossils around Chengjiang, China. They’re approximately 520 million years old, and they’re giving scientists a glimpse into a wild and wonderful part of Earth’s history. Liu believes that the Walking Cactus was part of the group of animals known as lobopodians, often called “worms with legs.” 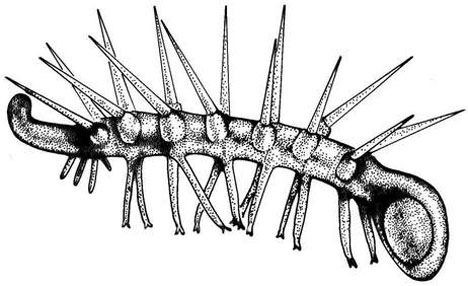 The walking cactus was far from the only lobopodian, and it wasn’t even the weirdest. These creatures were often covered in spikes or armor, lacked heads or sensory organs and just generally looked like creatures from another planet.

Although there’s a chance that these strange animals aren’t related at to any of the creatures we know today, they could be the ancient predecessors of modern-day marine animals like lobsters and shrimp, and even land insects.