10,000+ Subscribers
Want to Hear a Secret Message? Put a Finger in Your Ear 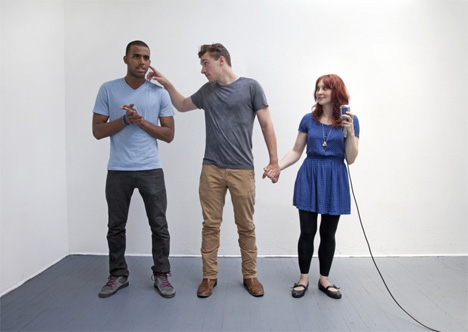 When you see someone with their finger in their ear, you tend to think they look dumb. But they could be using conceptual technology that allows them to listen to audio through their finger. A researcher for Disney has developed a whimsical way to transmit sound.

Ivan Poupyrev’s idea is called Ishin-Den-Shin (Japanese for “what the mind thinks, the heart transmits.”) It uses the human body to transmit sound from a handheld microphone. The mic immediately begins recording when the user speaks, converting the audio into a high-voltage but low-current signal. When the person touches someone’s ear, the recorded audio is heard. 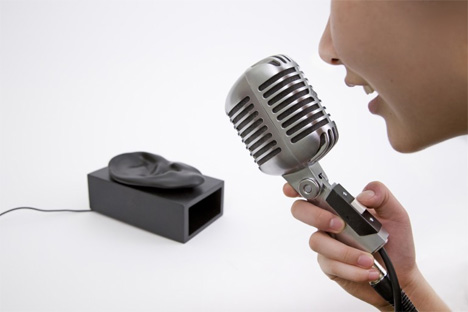 Poupyrev was inspired by two previous projects: a functional touchscreen that you can feel and a device that allows you to feel texture on ordinary objects. It’s not surprising that the idea of transforming normal objects into interactive sound devices comes from Disney.

See more in Weird Science or under Science. October, 2013.