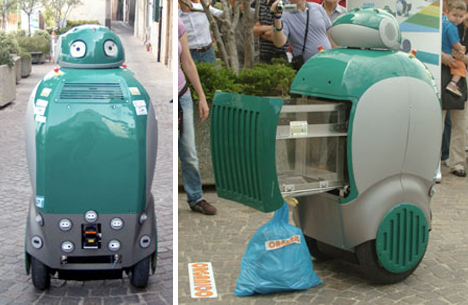 Adorable robots are a big weakness of ours, and adorable useful robots? We’re instantly smitten. Well, this could be love. As part of the three-year, $3.9 million DustBot research program, this helpful trash-eating robot prototype rolled through the streets of Peccioli, Italy this summer, chomping trash and recyclables. Sort of like a real-life Wall-E, the bot gathers rubbish and sorts it into recyclable, organic (hopefully to be composted), and waste. Then it whisks it off to a waste management facility, finding its way using pre-loaded maps and sensors to avoid obstacles. 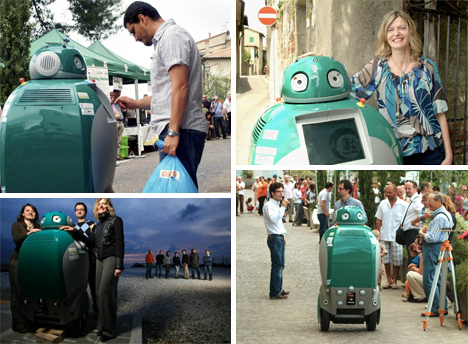 It’s not just a flight of fancy that put this little guy on the streets. Trash robots are being seriously considered as a viable alternative to huge, inefficient garbage trucks that often can’t fit down narrow Italian streets. They would save energy and pollution, while hopefully helping to cut down on littering. The bots could be called to action with a citizen’s cell phone, as well as going door-to-door and identifying “customers” with a unique PIN. The DustCart is still a while from actually going to work on the crowded streets, but looking at urban waste management solutions like this one is a huge step forward for cities all around the world.