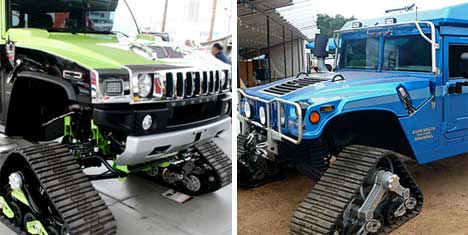 No one ever accused Hummers of being the most inconspicuous vehicles on the road. But it takes a special kind of person to look at the already-imposing silhouette of a Hummer and say “You know what that could use? Tank treads.” 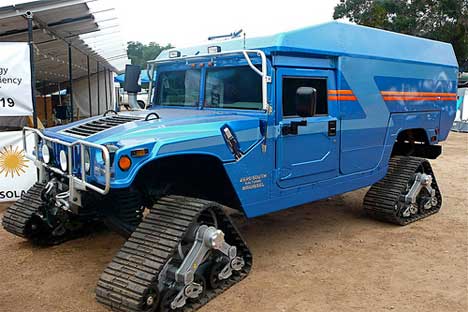 The above monster is what would happen if a Hummer, a snowmobile and a futuristic biodiesel truck had a baby. The impressive vehicle was put together by Zero South for a 2009 South Pole expedition called Drive Around the World. The car features four in-wheel electric motors powered by a VW diesel engine; believe it or not, it’s meant to draw attention to alternatives to fossil fuels. 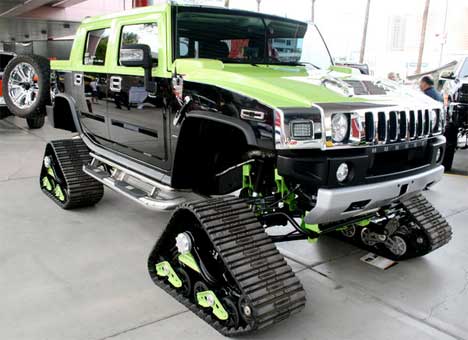 Around the same time that the above Hummer mod was getting media attention, this equally odd tank tread-clad H2 made an appearance at SEMA 2008. This version isn’t touted as an environmentally-friendly model, but it looks like it could roll over pretty much anything in its way.

See more in Mods & Custom or under Transportation. February, 2010.