10,000+ Subscribers
Up, Up and Away…to Work? Crazy Commuter Airship Idea 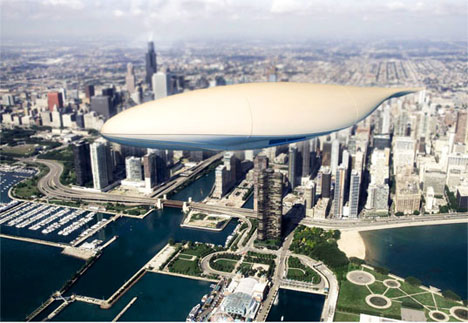 Living in the suburbs is hard on the environment; being so far away from the city center requires a long commute which is most often made by car. When that’s multiplied by a few thousand per town, it’s a hefty amount of pollution that’s being dumped into the air. Carpooling seems to be one of the best options for at least reducing commuter emissions, but two designers took it one step further with their commuter airship design. 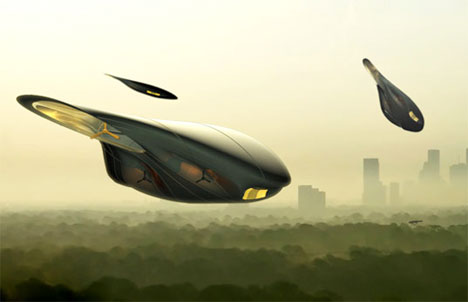 The Airbia was one of many suburbia-redesign concepts submitted to the green design contest ReBurbia. Dreamed up by Alexandros Tsolakis and Irene Shamma, the Airbia is a fleet of airships that would float suburban commuters to their city jobs every day. Replacing traffic, stress and choking smog with a dreamy glide through the air, the concept aims to create a network of green mass transit vehicles that are not only more eco-friendly, but would require far less infrastructure maintenance than all those thousands of cars. 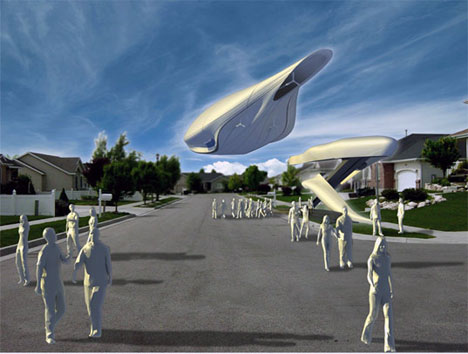 The dirigibles would stay aloft with helium, and the only infrastructure they would require would be a system of elevated loading platforms. This would reduce the wear and tear on the streets far below, in theory saving localities a huge amount of money in road maintenance. 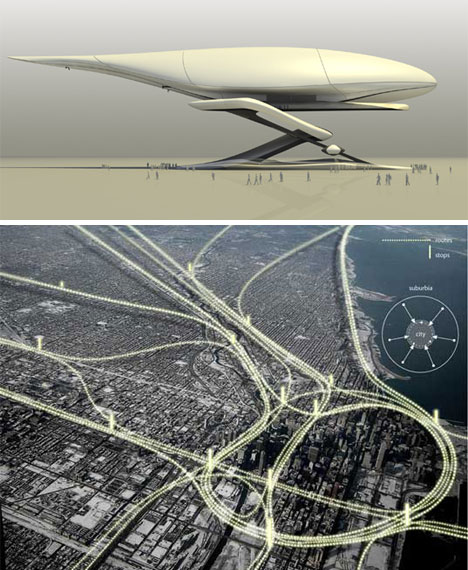 Each airship would be able to carry about 400 passengers and fly at an average speed of 93 MPH, getting you to work in just about no time. The ships would run much like a bus or train network, with scheduled routes and stops. The simple stops, consisting of little more than stairs, a platform and a ticket machine, could be placed just about anywhere. According to the designers, this type of design could easily take the place of today’s pollution-causing commuting methods, beautifying the suburbs and easing congestion in the cities.