You probably already know that your keyboard and mouse are totally gross, right? What you might not know is that even the cleanest office workers are harboring about 150 species of bacteria on their hands…bacteria that have distinctive genome specific to each person. Researchers at the University of Colorado, Boulder think that the bacteria might one day help investigators figure out just who was at a crime scene. Although the margin of error for this method is currently 10-30% – way too high to be used as evidence in court – it could one day be even more helpful than DNA in identifying suspects or determining if a specific person was in a specific place.

Germs on hands are plentiful, and when left on a surface they can remain relatively unchanged for weeks. Even after washing your hands, hand bacteria regenerate after a matter of hours. The germs that reside on commonly-touched surfaces like keyboards and computer mice are also much easier to obtain than fingerprints, which can’t be lifted from many materials and are easily smudged beyond usefulness. And DNA can’t typically be obtained from a crime scene if there aren’t body fluids or tissues present. 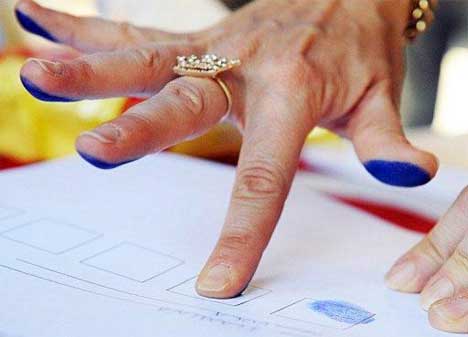 Microbial identification would work much in the way that fingerprint ID does, except that a microbial profile provides a much clearer picture of the person who left it. Microbes can identify where a person lives or works, which is more detailed even than DNA. And a microbe sample is much easier to obtain than a DNA sample: a typical skin swab contains about 100 times more bacterial information than human DNA. There are plenty of variables to work around, like whether antibiotics would significantly alter a person’s bacterial profile, but overall microbial profiles could prove to be a valuable crime-fighting tool.

See more in Weird Science or under Science. March, 2010.