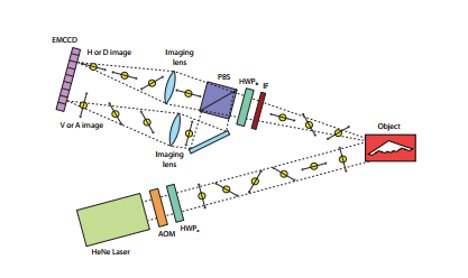 Aircraft anti-detection systems have gotten incredibly complex. So complex, in fact, that they can intercept a radar signal and send back a picture of something other than the aircraft (see the images below). Researchers at the University of Rochester in New York have figured out a better way to outsmart the outsmarters by exploiting the quantum properties of photons. Attempting to measure a photon always destroys its quantum properties, so the team posited that they could shoot polarized photons at aircraft to create images of the craft. 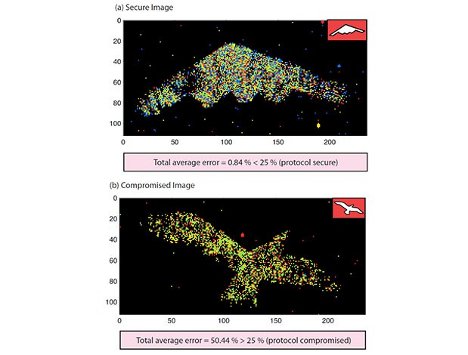 If an enemy were to intercept those photons and send them back in a deceptive pattern to indicate that the measured object is a different shape or in a different location, it would be immediately obvious. This is because the act of manipulating the photons would always change their delicate quantum properties. As seen in the sample images above, a manipulated image is simple to detect thanks to the high rate of polarization errors in the returned signal. The system isn’t flawless as there are still ways for very savvy adversaries to crack it – but there are also ways to fix those vulnerabilities.

See more in Quantum Leaps or under Science. December, 2012.