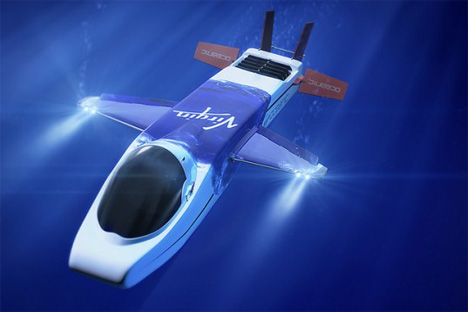 An incredibly small percentage of the ocean floor has been thoroughly explored and mapped out. That doesn’t sit well with Richard Branson, the billionaire explorer and owner of Virgin Group. He is leading an expedition to the deepest places on the planet, and he’s doing it in – what else? – a submarine that looks rather like a Virgin airplane. The mission is called Virgin Oceanic, and it includes American explorer Chris Welch. The two pilots will “fly” their deep sea exploration submarine into the deepest points on the planet. 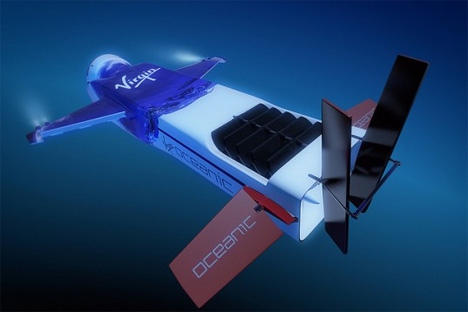 The team is planning to make five dives: one to the bottom of the Mariana Trench, the deepest point on Earth, one to the Puerto Rico Trench, the deepest point in the Atlantic Ocean, and other trips to the bottom of the Indian, Arctic and Southern oceans. The dives aren’t just for the glory of exploration; Branson and his team plan to collect valuable data for science on the way. They are bound to run into some unfamiliar life forms down there which will hopefully provide scientists with a deeper understanding of the unique ecosystem of the deepest ocean. 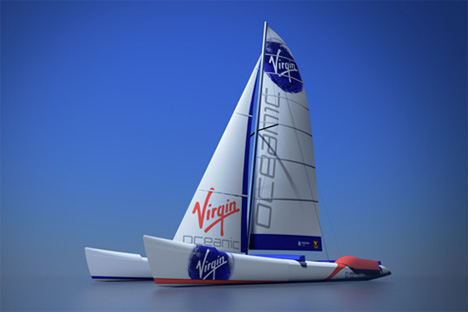 The sub itself is a marvel of engineering. Designed by Graham Hawkes, the Virgin Oceanic submarine is the only submarine in existence that is capable of withstanding the enormous pressure found at the bottom of the ocean. The carbon fiber and titanium craft can operate for up to 24 hours straight. A 125-foot racing catamaran that once belonged to late adventurer Steve Fosset has been converted into the “mother ship” and support vessel for the mission. Although a support team will be on board the catamaran at the surface, each pilot will be on his own once the one-man sub ventures into the depths of the ocean, exploring the last frontier on Earth.

See more in Weird Science or under Science. June, 2011.