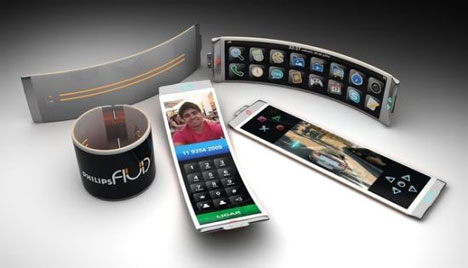 Phones are being used for so much more than just making calls these days: from texting to playing games to watching movies and listening to music. But for the most part, the mobile phone retains its traditional shape and functionality. Is it time to shake up the world of mobile phone design with a phone so radically different that it’s hardly recognizable as a phone? According to Brazilian designer Dinard da Mata, the next generation of mobile phone should be easily able to flow from one function to the next while remaining utterly gorgeous in the process. 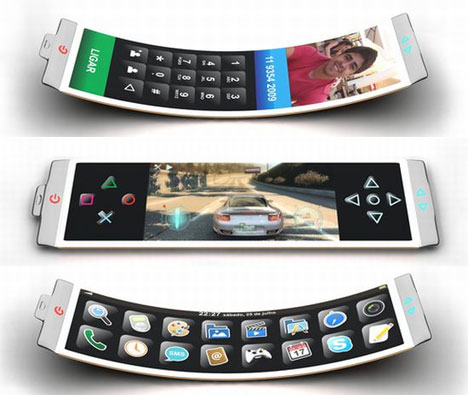 Da Mata calls the design “Fluid” and gave it a (conceptual) Philips branding. The phone’s multi-tasking functionality isn’t all that’s fluid about it: its shape also allows it to morph from bracelet to phone to gaming system easily – and then back again over and over. Wearing the gadget on a wrist allows the user to stop worrying about whether his or her phone made it back into the purse or pocket where it belongs: the weight of the gadget on the wrist is enough to reassure its owner that it hasn’t been misplaced. 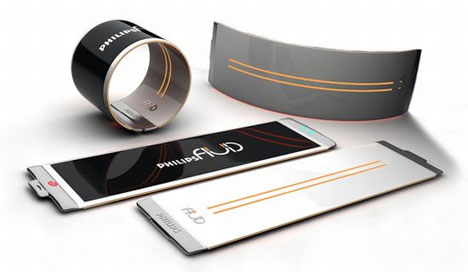 The secret to the Philips Fluid’s flexibility – both literal and figurative – lies in its flexible OLED display that spans nearly the entirety of the phone’s length. The display changes based on what you want it to do at the moment. When you want to make a call, a numeric keypad appears. When you want to play a game, gaming controls manifest. And when you need to search for the perfect application, your “home” screen displays all of your icons neatly. 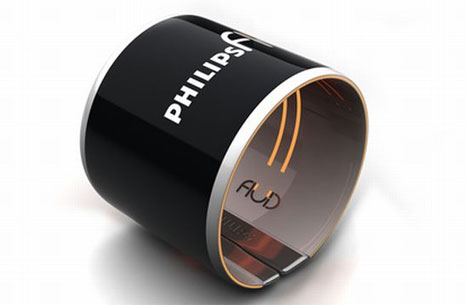 The technology to make this particular phone isn’t available at the moment – at least not at a price that would make it reasonable as a consumer product. But it stands to reason that one day in the very near future, we will no longer have to worry about carrying multiple gadgets or even finding a pocket for our phones because everything we need will be in one compact gadget that fits neatly around the wrist.

See more in Phones & Mobile or under Gadgets. September, 2010.