If you ever needed a good reason to be freaked out by technology, this would be it. It’s a Victorian-era artificial limb from Europe, and it looks like the kind of steampunk torture device you’d expect to see a crazy old man chasing terrified children around with. According to the London Science Museum, the wearer probably would have disguised the scary appendage with a glove to avoid scaring people…but we like to think the scariness just adds to its charm. 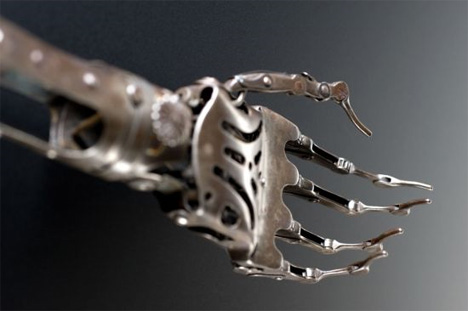 The arm was more advanced than one might expect of an artificial limb from that era. It was capable of articulating in several different ways, including at the elbow, wrist and fingers. The fingers could curl up, the wrist rotated to some degree, and the elbow operated on a spring. It’s not clear exactly how the user would have operated the arm and hand, but it certainly wasn’t anywhere near as functional as today’s prostheses. 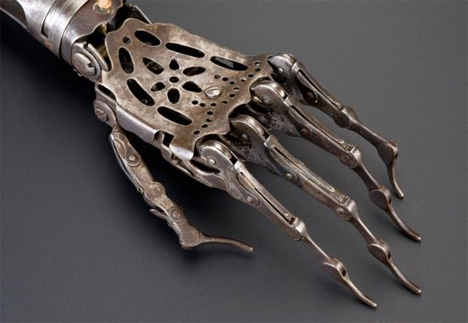 Despite its fundamental functionality, the purpose of the artificial limb was probably mostly to give the wearer a more “normal” appearance by filling out the left sleeve of his coat. And since most amputations in this arm’s era were performed due to battle injuries, the fake arm probably once made a veteran feel much more confident about his appearance.

See more in Antique Gadgets or under Vintage & Retro. September, 2010.