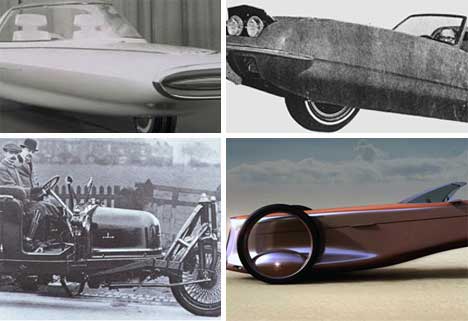 Every generation has had its “next big thing” in vehicle design. Today, we’re working on more fuel-efficient, Earth-friendly vehicles. In the 1950s and 1960s, along with all of the other automotive innovations that were taking place (seat belts, for example) some forward thinkers were trying to completely reinvent the way cars are operated. Gyroscopically stabilized cars, or gyrocars, were a short-lived concept that never quite got off of the ground. Like a lot of big ideas, there were some good points to the gyrocar concept…but they were far outweighed by the bad.

The Schilovski Gyrocar (sometimes referred to as the Wolseley Gyrocar) was the first prototype gyrocar ever made. It was built and demonstrated in London in 1914, but nevermade it to production. In fact, the only prototype was buried in the ground by its inventor, Dr. Pyotr Shilovsky, when the project’s lead engineer, Louis Brennan, was presumed dead during WWI. The car was later dug up, only to be destroyed in 1948. 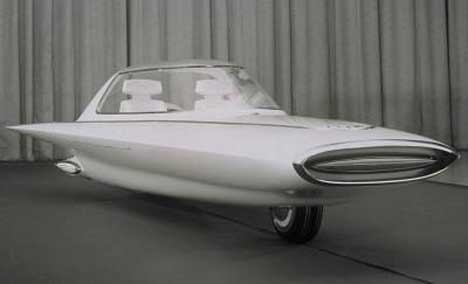 The few gyrocars that were made resembled monstrous motorcycles in a way because of their two wheels. But like conventional cars, they seated two to four passengers. Their interior gyroscopes made them extremely stable, according to their makers – so stable, in fact, that their bodies could be nearly demolished in a collision and the frames would still stand. Even when passengers got in and out, the gyro mechanism kept the car stable. Unlike motorcycles, driving gyrocars at a very slow pace didn’t equal instability. Above is Ford’s 1961 Gyron; like most ridiculous concept cars, Ford never actually produced this model. 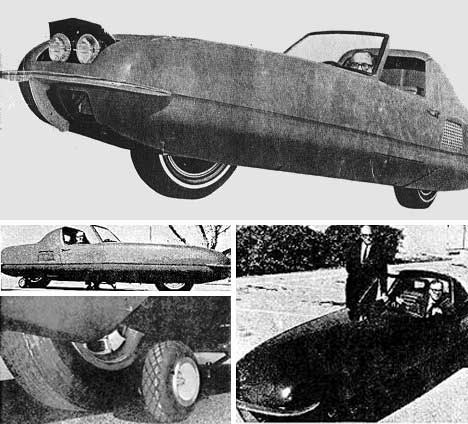 When a gyrocar came to a stop, the driver would simply activate small side wheels or kickstand-like devices that lowered to keep the car stable while parked. The above vehicle is the Gyro-X; it was featured in a 1967 issue of Science & Mechanics along with a glowing article about its many wonderful features. The article also revealed one of the gyrocar’s biggest weaknesses: that it took the gyro up to three minutes to reach full speed, meaning that you couldn’t simply hop in, turn the key and go. Another problem with the gyrocar was its gigantic turning radius. Unlike motorcycles, gyrocars didn’t lean lithely into turns. And unlike four-wheeled cars, there wasn’t a large stable base on which the wheels could turn sharply. And at high speeds, the two-wheeled wonders had trouble remaining stable during turns. 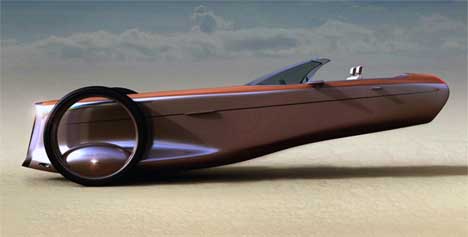 Still, the concept of the gyrocar was one that was hard to let go of. Today, there are all sorts of crazy concept vehicles that feature the driver’s seat suspended between the two massive wheels. The above design from Antonio Sunjerga is a new (and impossible-looking) take on the two-wheeled gyrocar concept. Even the Segway uses gyroscopic power to keep itself stable. Although the four-wheeled car has served humanity pretty well, it seems likely that we’ll keep looking for a new, more innovative way to get ourselves from place to place.

See more in Epic Failures or under Vintage & Retro. April, 2010.