10,000+ Subscribers
Map Your Lights Out: Say Yellow to the Geekiest Light Switch 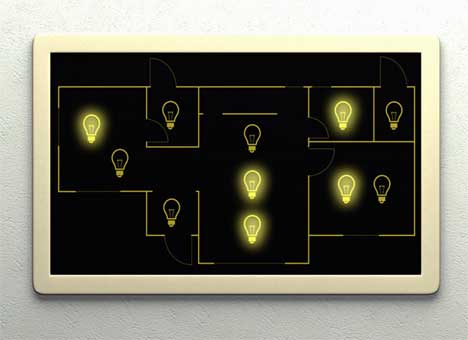 Light switches are confusing to some people, and with good reason: when you have multiple switches in one place, and those switches operate more than one light, you’re bound to hit the wrong one sometimes. Even after you’ve lived in the same house or apartment for years, it’s easy to make that mistake. So instead of getting out your label-making machine and destroying that cool minimalist interior design thing you had going, maybe it’s time to upgrade to a pictorial representation of your home’s lights. 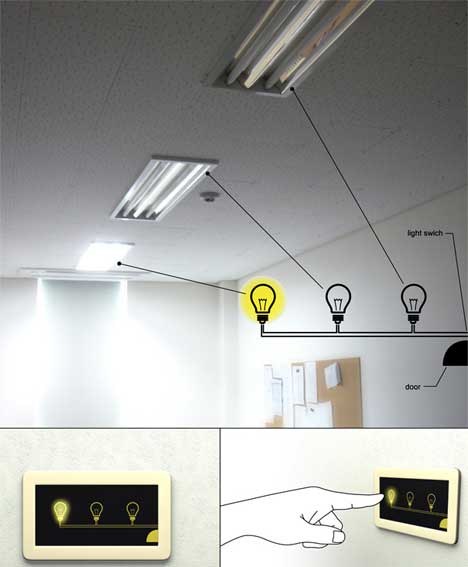 The Yellow Light Switch is a concept from designers Heo Jaesik and Lim Hojoon. The premise and execution are simple: lights in a given room are controlled by a map-like switch. The location of each light is represented by a little light bulb, so when you want to turn a particular light off or on you simply press the appropriate light bulb. The entire setup looks rather like a circuit board, which would definitely appeal to geeks everywhere. 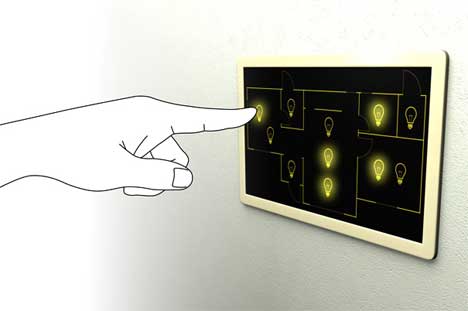 A design like this could be especially useful in an office, where the multiple light switches are altogether maddening. In the home, having one master control panel for the entire house could help ensure that all of the lights are off before hitting the hay – although you’d have to have a pretty big house to make that worthwhile. And we’d have to imagine that rooms with complicated layouts could get confusing, but in that case you’d still have the coolest-looking light switches in the neighborhood.

See more in Industrial Design or under Technology. April, 2010.