10,000+ Subscribers
TV Technology Pauses the Show When You Leave the Room 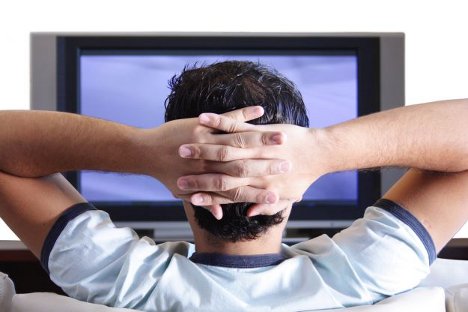 You know how annoying it is when you get up from your favorite TV show to make a quick snack, only to get sidetracked and miss a really good part? A team of developers is annoyed enough by this scenario that they’ve developed PredictGaze, a technology that can “see” when you’re sitting on the sofa watching TV – and when you get up to leave the room, pauses your show. It works in a pretty simple way: an inexpensive webcam mounted on your TV detects faces in the room; if everyone in the room gets up and leaves, the system pauses the show.

PredictGaze has other big plans for their technology, too. One of the most useful is an app that recognizes an iPad owner’s face. When the camera detects a face other than the owner’s, it blocks certain personal info (and prevents the stranger from accessing the owner’s Facebook account, which would benefit a whole lot of folks). The technology could possibly detect the ages of people in the room and block certain content for young viewers, although there seems to be a lot of room for error there. And just to ease the minds of those worried about privacy, the company says that all image processing is done locally and no user info is sent from the device.