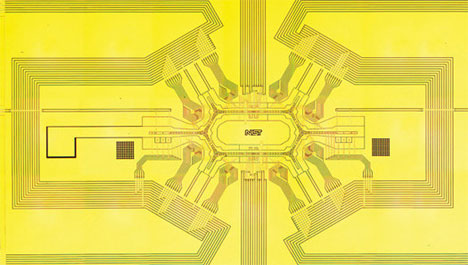 The idea of quantum computing is exciting, but there are a number of problems that no one has been able to figure out yet. Most perplexing is the problem of how to house qubits, the tiny building blocks of quantum information. Now, physicists at the National Institute of Standards and Technology have created this surface-electrode ion trap: a teeny-tiny device that uses optical fibers to measure light from individual ions. 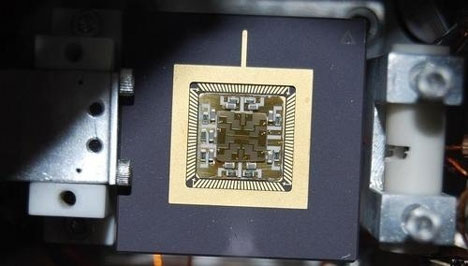 Quantum computers could, in theory, perform calculations millions of times faster than current computers. They would zap ions with a laser to extract individual qubits and perform impressive feats of computation. This ion trap uses tiny electrodes to trap ions that pass through the device. The built-in optical fiber can then detect the fluorescence signals from the ions and use them to figure out the quantum information content of each. This system is a huge improvement over the previous system of external lenses; the fiber-optic technique will allow for far more information to be processed per quantum computer chip than the lens technique. It still needs more development, but the researchers think we could be using ion traps to outperform traditional computers within five years.

See more in Quantum Leaps or under Science. July, 2010.