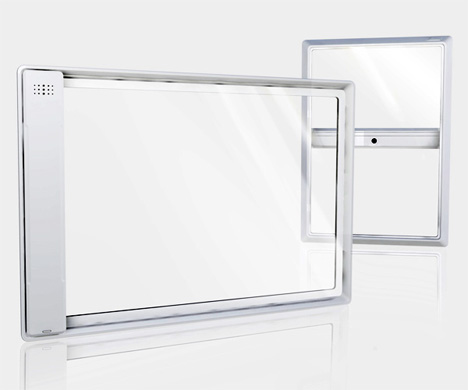 Tablet computers are definitely the wave of the future, and we’re pretty sure we’ll see them evolve quickly over the next several years. This concept tablet PC is a gorgeous rendering of what might be possible in the future of the tablet. 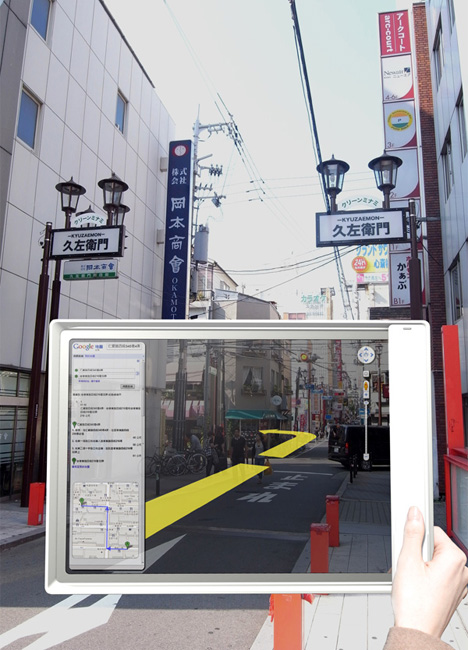 The Iris Tablet PC is the work of designers Liu-Wei, Yao Kai-Chi, Hong Ruei-Hong & Cheng Ya-Fang. With a transparent body and OLED screen, the Iris is more a tool of augmented reality than a true tablet computer. 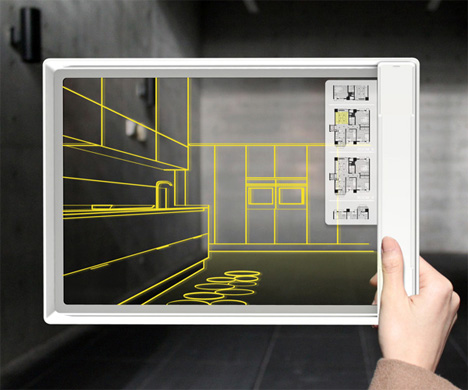 The Iris is outfitted with a sliding bar that moves from one end of the screen to the other, performing a variety of functions. It contains a speaker, a camera and a tiny scanner. Holding it out in front of you and activating the camera makes a thrilling number of augmented reality applications possible. 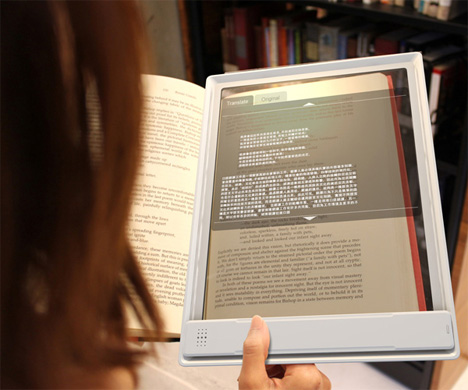 Users can translate texts using the Iris’ scanner: the tablet sits on top of a printed page, the scanner processes the words and the translated text appears like magic on the screen. The Iris can even act as a real-time navigation system, pointing out your selected route right on top of an image of your actual surroundings. 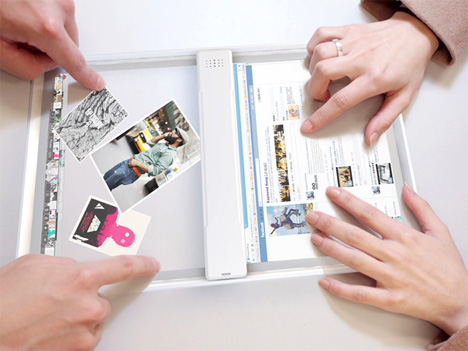 When you want to share your tablet with someone else, you can simply slide the bar to the middle of the screen. A split-screen functionality will take over and let you and a friend work on opposite sides of the tablet.

There are almost endless possibilities for the unique see-through tablet computer. There isn’t much information on how the computer would actually work, but the idea is so beautiful that we’re willing to overlook its unlikeliness for now.

See more in Unbuilt Concepts or under Technology. November, 2011.