Having cancer is hard enough, but often the treatment is just as bad as – if not worse than – the disease itself. In the interest of treating certain types of cancer more safely and with less radiation than current methods, Ohio State University astronomers Sultana Nahar and Anil Pradhan have looked to the stars for a novel solution. The researchers were looking at black holes to study how chemical elements react to radiation around black holes and in stars. They do this by watching how radiation is emitted from and absorbed by these elements.

As they watched computer models of heavy metals reacting with radiation, they realized that the metals throw off low-energy electrons when they are hit with a small dose of X-rays. Believe it or not, this could be huge news for cancer sufferers. The connection comes from those low-energy electrons. If this process took place inside a human body, the ejected electrons could easily destroy cancer cells. If an implant containing platinum nanoparticles were placed at the site of a malignant tumor and then hit with a small, focused dose of X-rays, the tumor would be easily obliterated. 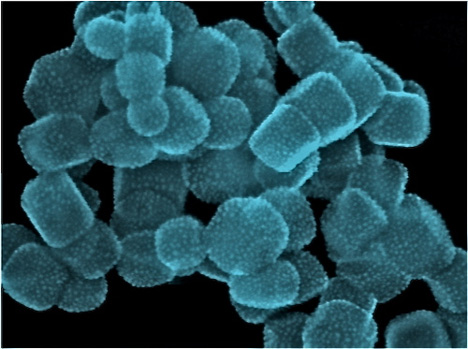 The patient wouldn’t have to suffer through traditional radiation or chemotherapy and the treatment, in theory, would be just as effective. The healthy cells surrounding the tumor would be left unharmed. Although there is plenty more research to be done on this concept, the team is hopeful that they have stumbled upon a revolutionary cancer treatment. They have built a proof-of-concept machine that shows how the electron-freeing process works, but

See more in Medical Marvels or under Science. November, 2011.