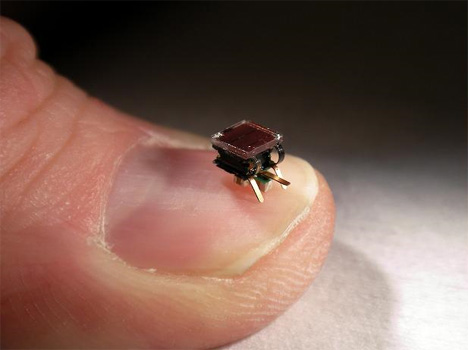 Scientists often study nature to solve complex engineering problems. Such is the case with these tiny robot prototypes; scientists from several countries are cooperating to develop microbots that can act as a swarm, just like insects. The tiny robots will measure less than 4mm in each direction and be powered by a small solar panel on their backs. 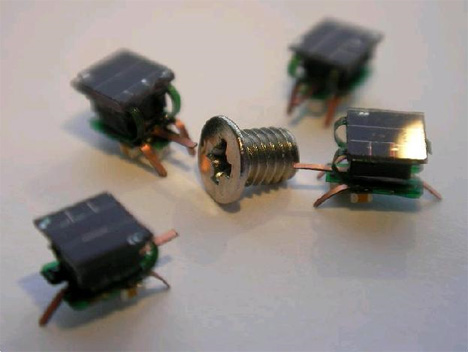 Individually, they are small and simple. But together, an entire swarm of these microbots could establish hive intelligence, communicate with each other via infrared sensors, perform complex tasks and relay important information back to their home base. They move on three vibrating legs while a fourth acts as a touch sensor. 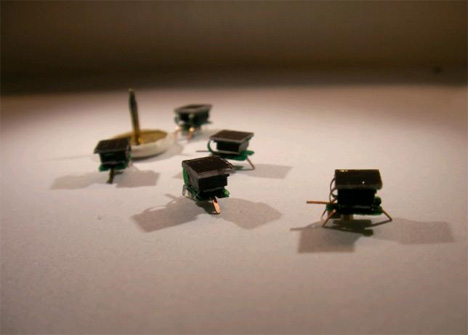 The team overcame the trickiest manufacturing problem that has plagued previous attempts to build tiny swarming robots: the use of solder to hold components together. By using conductive adhesive instead of solder, the circuit board is able to be folded, resulting in a much smaller bot than was previously possible. By mass-producing the robots, the cost of each individual unit would quite small, meaning that mission-related losses of a few wouldn’t spell financial disaster for the entire mission. 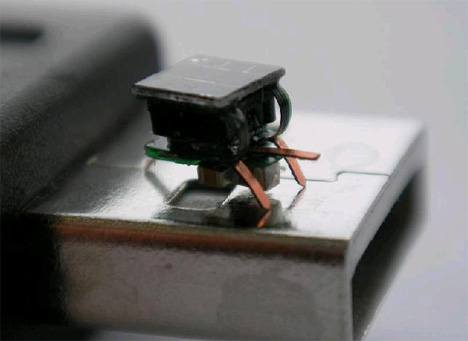 The project, called I-SWARM (intelligent small-world autonomous robots for micro-manipulations) was based on the behavior of biological insects. The team conducting the project is made up of researchers from Spain, Sweden, Italy, Germany and Switzerland. Though the robots aren’t quite ready for mass production, the team is looking for funding to start building commercial prototypes.

See more in Robotics or under Technology. December, 2009.