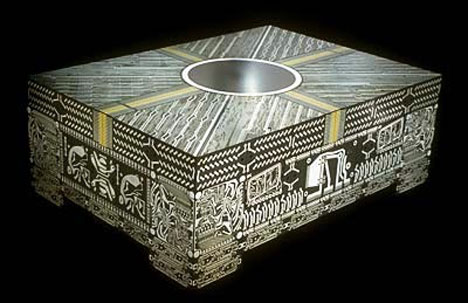 Lovers of technology have no doubt noticed the graceful, understated beauty of circuit boards. They recall so many of the natural patterns and textures we find so appealing, despite being man-made. Theo Kamecke has a keen eye for this faux-natural beauty, which he uncovers and enhances with his exceptional vintage circuit board sculptures. 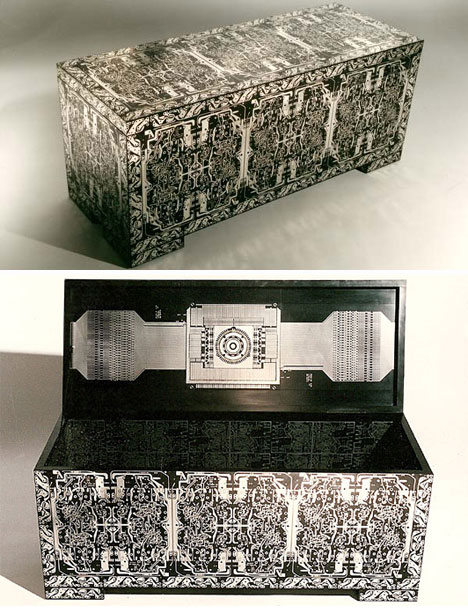 Kamecke’s sculptures aren’t what you might expect from art made of vintage circuit boards. They lack the cold modern feeling of plastic and metal; rather, they tend to look like ancient artifacts. This isn’t an accident. Theo Kamecke promotes the connection between ancient and high-tech – the intangible attraction of both nature and technology. He enhances the connection by giving his pieces names like “Amon Ra,” “Pharaoh’s Secret” and “Nefertiti,” reflecting his feeling that these thoroughly modern materials make for some ancient-looking art pieces. 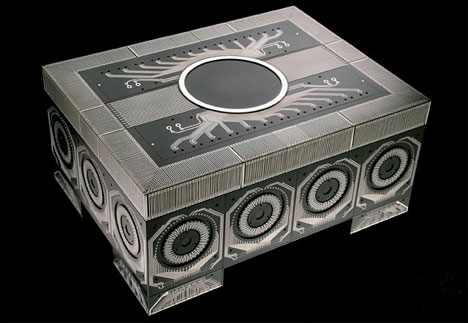 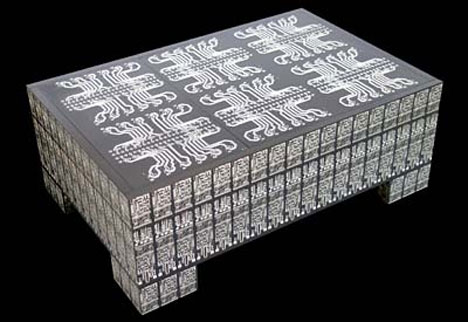 Kamecke, an award-winning filmmaker, is fascinated with the interplay of natural patterns and man-made materials in circuit boards. But even more interesting to him is the fact that most circuit boards from the 1960s and 1970s were handcrafted, adding another element of the human hand to each and every one of them. After decades of admiring their singular beauty, Kamecke finally realized what he could do with these old circuit boards. 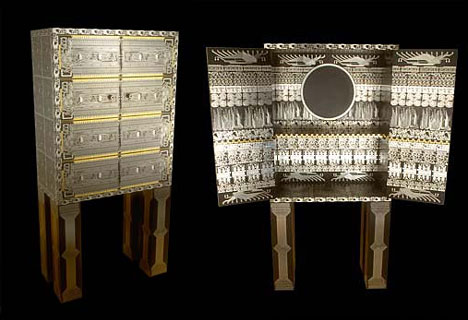 He began crafting them into boxes, chests, sculptures and wall art. He treats their patterns and textures as a newly evolved form of nature rather than man-made objects. Kamecke creates his sculptures using traditional marquetry techniques, methods that centuries ago would have been used to apply fine decorative veneers to objects. The use of traditional techniques adds yet another layer to the time-warping nature of these lovely bits of technology art. 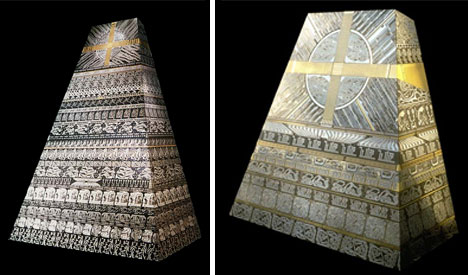 The key to creating these gorgeous works, according to Kamecke, is finding and identifying the patterns in the circuits. Laying the patterns out on the new art piece enhances them and brings out their primal artistic appearances. While Kamecke started out creating functional pieces like boxes and chests, he has since moved toward creating sculptures and other decorative pieces that highlight the unique circuitry of their components. 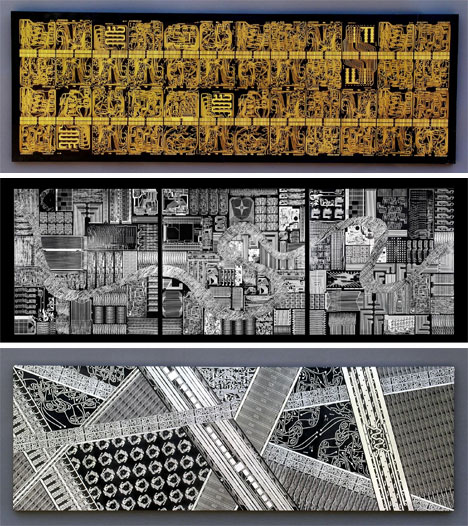 Even though these stunning art pieces are made of historic pieces of technology, you don’t have to be a geek to appreciate them. Kamecke’s art isn’t about computers, but rather about finding beauty in unexpected places. The handcrafted circuits used for these pieces have long ago gone out of production; miniaturization of computer parts killed off the large, intricately hand-made circuit boards favored by the artist. His stockpiles are among the last supplies of these unique and strangely lovely boards.

See more in Art of Tech or under Technology. August, 2010.