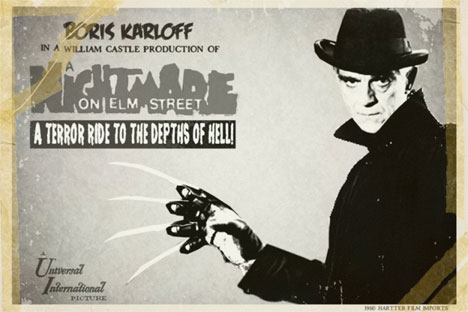 Recasting classic movies is a game that just about every cinema lover has played, but artist Sean Hartter takes it one step further. He creates movie posters for films from an alternate universe. Above, horror master Boris Karloff takes on the iconic role of Freddy Krueger in an alternate-universe version of A Nightmare on Elm Street. 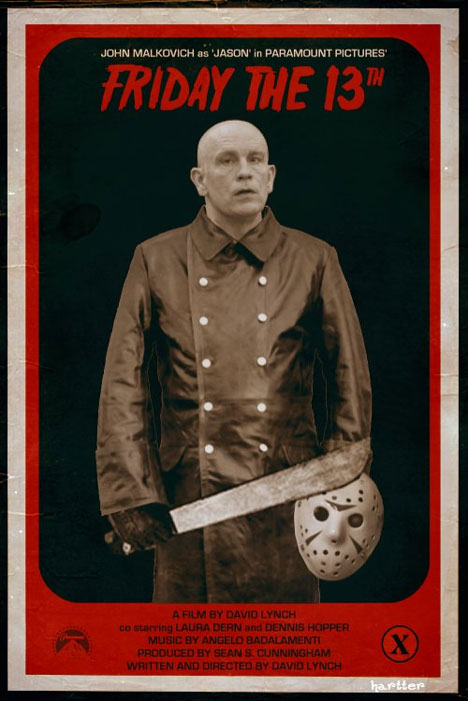 Could the prolific and well-loved actor John Malkovich do something fascinating with the character of Jason Voorhies in Friday the 13th? With his deep voice and contemplative style, he’d definitely bring a strange, alternate universe-type quality to the classic slasher movie. 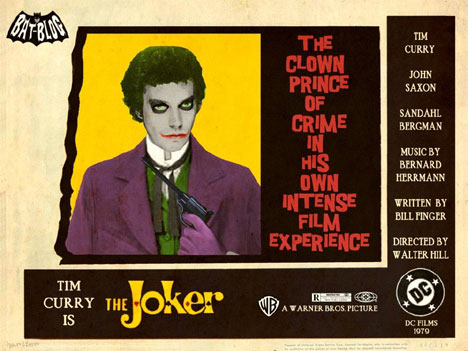 Despite his obvious suitability for the role, Tim Curry has never played the Joker on-screen. (He did record several episodes as the voice of the Joker for Batman: The Animated Series, but the voice hurt his throat and he was forced to hand the role over to Mark Hamill.) Hartter corrects this grave cinematic injustice by casting Curry as the criminal mastermind in his very own (fictional) movie. 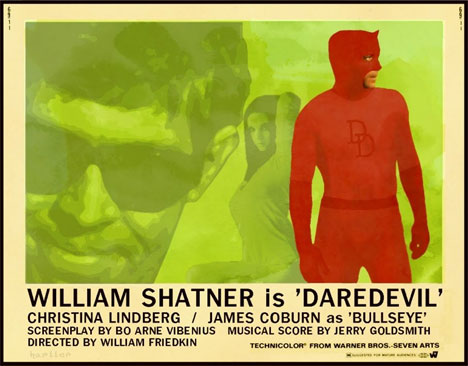 Believe it or not, before he was a talk show host and travel website spokesman, William Shatner was an actor. As much as we love the Shatner, we’re not sure that even his immeasurable coolness could have saved the truly terrible Daredevil movie…but we’d definitely pay to see it. 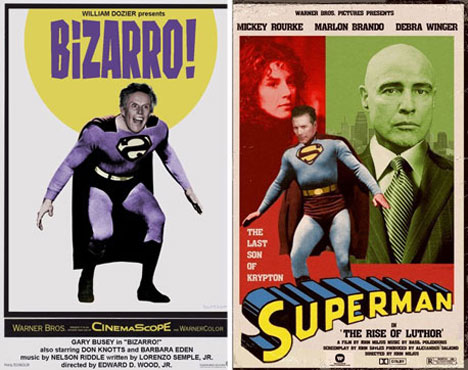 Mickey Rourke as Superman? Marlon Brando as Lex Luthor? Gary Busey as Bizarro? Well, at least that last one sounds right. The alternate universe version of the Superman franchise looks like a totally weird experience. 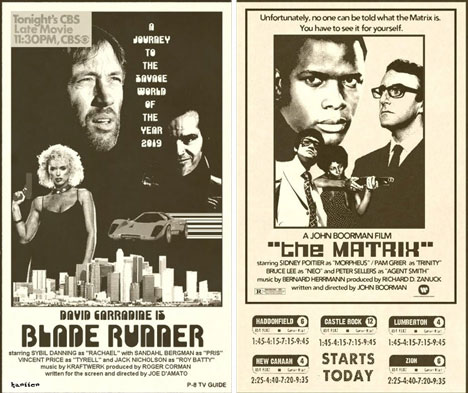 It’s kind of hard not to imagine other actors in iconic sci-fi roles, especially when you aren’t too fond of the actor that actually played a particular role. Would Bruce Lee, Sidney Poitier and Pam Grier have been better in The Matrix movies than Keanu Reeves, Laurence Fishburne and Carrie-Ann Moss, respectively? What if Keith Carradine had replaced Harrison Ford in Blade Runner? Both movies would have turned out very differently, to be sure. 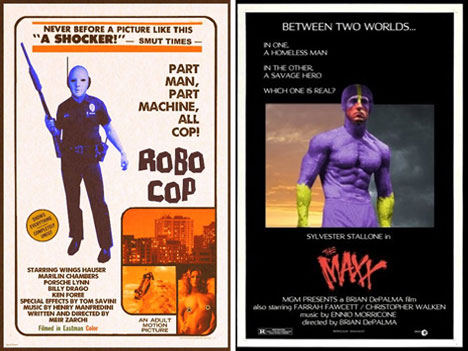 See more in Science Fiction or under Science. August, 2010.