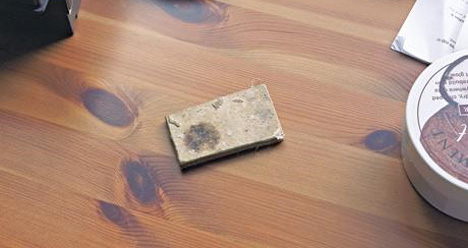 Imagine a material so radically innovative that it could easily revolutionize a multitude of industries and make everyday life both easier and safer. You would think that such a material would be snapped up immediately by government agencies or private companies, but such a material has existed since 1986 and to date has not been licensed or commercialized. It’s called Starlite: a plastic that can withstand the power of a nuclear blast, survive temperatures hotter than the surface of the sun and protect a delicate egg from the scorching heat of a blowtorch. Yet for all its miraculous material properties, it still languishes in relative obscurity. 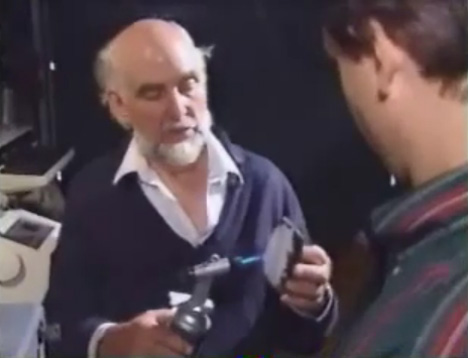 Invented by former hairstylist Maurice Ward, Starlite was the result of some informed tinkering. Determined to create an effective insulating material that would not give off toxic fumes if subjected to fire, Ward tinkered with formulation after formulation until he came up with one that seemed impervious to heat. In fact, the mysterious plastic sheet seemed to cool itself after contact with high temperatures. One could touch the Starlight just after a blowtorch had been trained on it for several minutes and it would still be cool to the touch. The possibilities for the material span nearly every imaginable industry, including a possible role in future space missions. The formula was a tightly-guarded secret that was never written down – only Ward and a family member knew how Starlite was made. He never filed a patent for the material because he would have had to reveal what it was made of.

Despite its truly incredible qualities and despite the fact that Starlite has been tested by everyone from Boeing to NASA to the BBC science program Tomorrow’s World, the amazing plastic still is not in use today. The theories surrounding the reasons for this are nearly as interesting as the material itself. Some say Ward didn’t want to be cheated in a licensing deal or that he demanded a majority share of all profits. Others say the entire invention is a hoax. But some of the more outlandish theories suggest that around 1997, the product was seized by government agencies and classified.

If Starlite was classified, whatever government agency claimed it is doing a poor job of keeping a secret. As recently as 2010, Ward was still trying to find a suitable use for his project: he offered it up to BP to help clean up the massive Gulf of Mexico oil spill. It seems that all he ever wanted for his invention was a way for it to help prevent environmental disasters. Sadly, Maurice Ward died in 2011 and may very well have taken intimate knowledge of his astounding invention – and its eventual fate – to his grave. See the Maurice Ward YouTube channel for more amazing demonstrations of Starlite.

See more in New Materials or under Science. July, 2011.