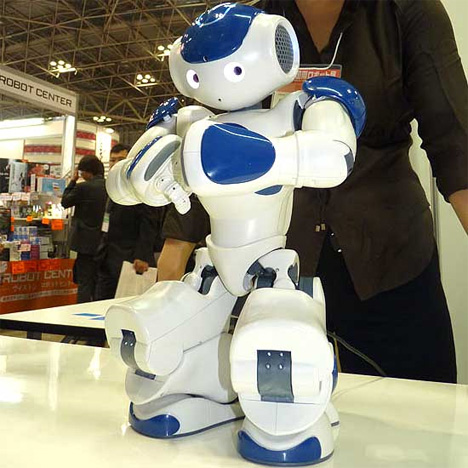 Helper monkeys are so 20th century. If you’re in the market for a companion that can fetch you a beer, throw away your toys (and then lie about it) and entertain you, the Nao humanoid robot is a much cooler way to go. This little guy is about two feet tall and moves with a pretty impressive range of motion. He can hoist himself up when he falls down, and he can say phrases in a voice as cute as a thousand Furbies.

Nao can interact with its surroundings on several levels with audio and visual cues, and it can pick up and move objects around. Two or more Nao bots can communicate with each other and even, based on the video, lie to each other – but apparently they can’t tell when the other is lying about the whereabouts of a certain toy duck. Aldebaran Robotics, the creators of the lovable Nao, plan to have a commercially-available version soon, but they haven’t yet announced a price. They say it would be great for classrooms, but we can’t help but imagine the hilarious possibilities of having one around the house.

See more in Robotics or under Technology. December, 2009.