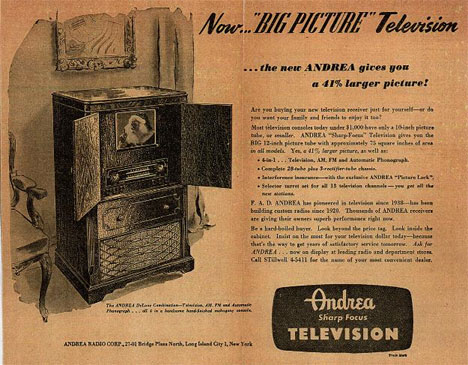 Before television was blamed for everything from obesity to ADHD, it was thought of as one of the greatest technological advances ever. In the early days of TV, manufacturers and industry experts wanted the public to know how television would improve the lives of everyone who brought one into their homes. 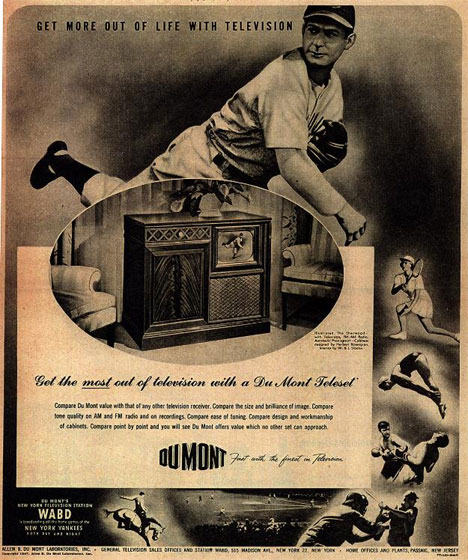 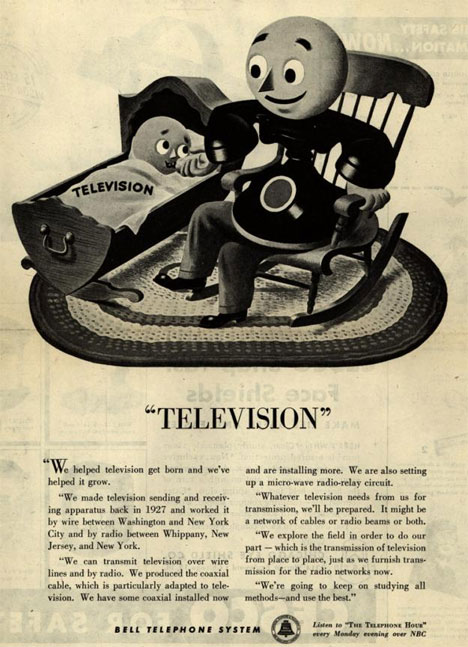 These old television advertisements (all from between 1939 and 1947) illustrate not only the different attitudes about TV back in the gadget’s younger years, but the physical differences between the TV sets of that time and the sleek, slim televisions of today. 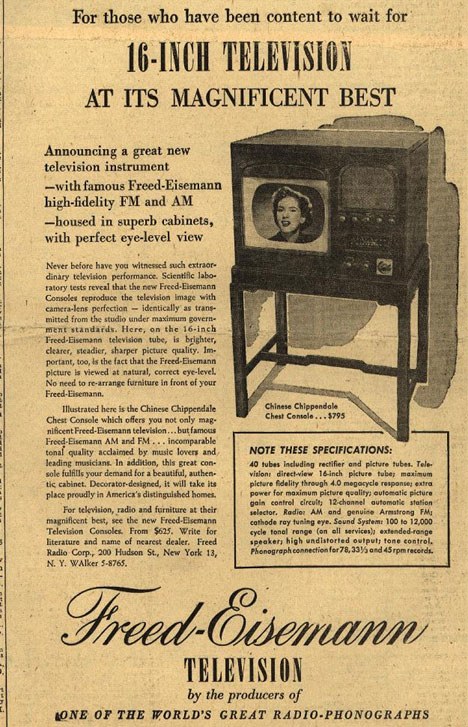 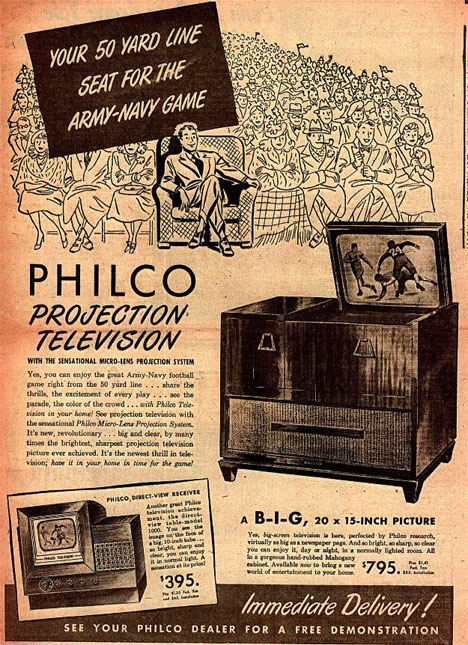 Imagine thinking of a 12-inch TV as large and futuristic! But back when the average television size was barely bigger than the screen on your iPhone, 12 inches was a luxuriously giant size. Of course, the cabinet containing that tiny screen would still take up half of your living room. 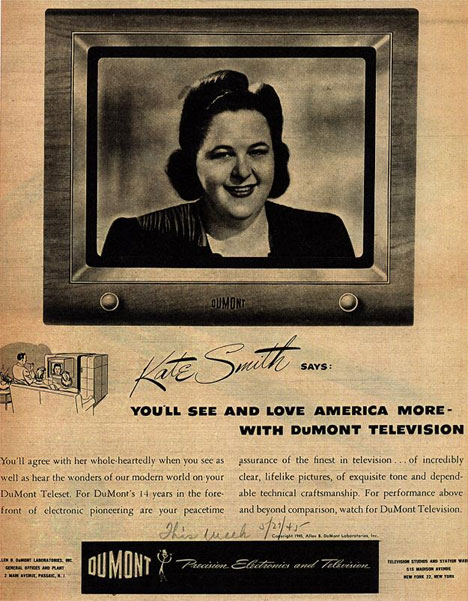 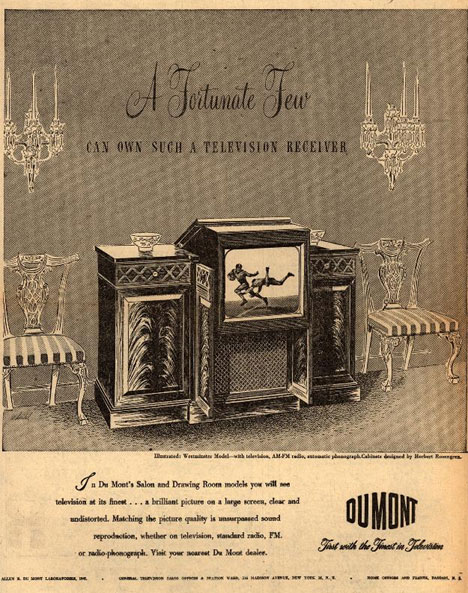 In the 1940s, television was said to bring families closer together, keep kids happy – and even help you love America more. That mentality didn’t last for very long, and today TV ads rarely make claims about improving anything other than the picture quality of your favorite reality shows. 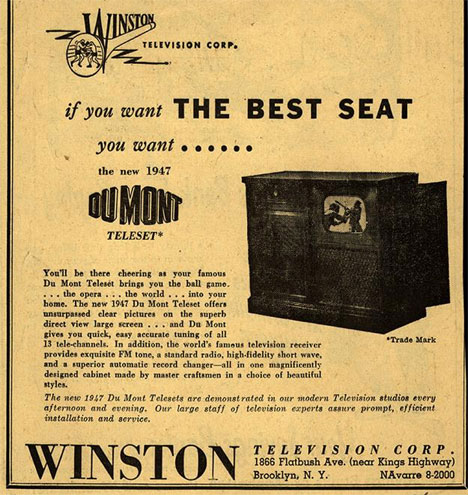 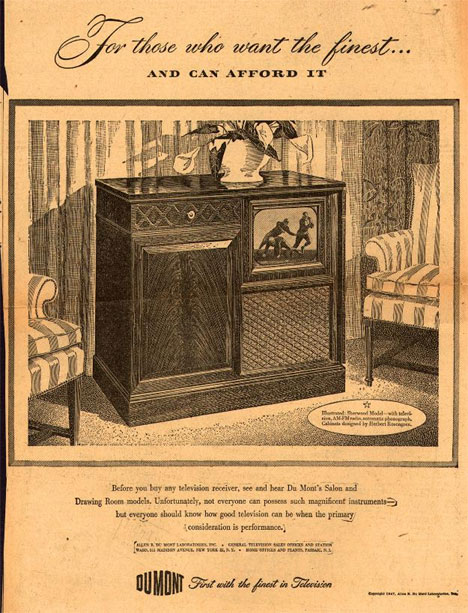 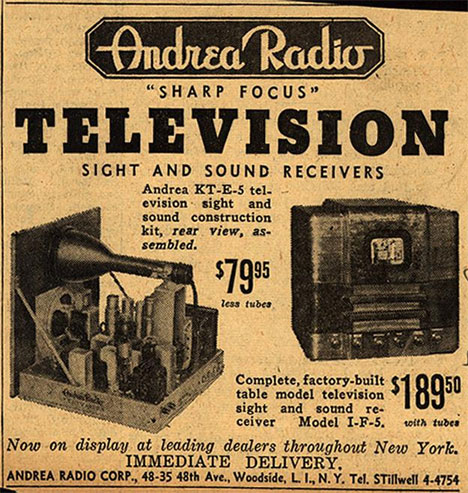 There’s something beautiful about the retro pictures of these old televisions. When the technology was new and TVs weren’t yet in every home, they must have been fascinating pieces of the future. In those days, no one could have predicted where the TV age would take us…or that we’d now voluntarily be inviting creatures like Speidi and Brangelina into our homes.