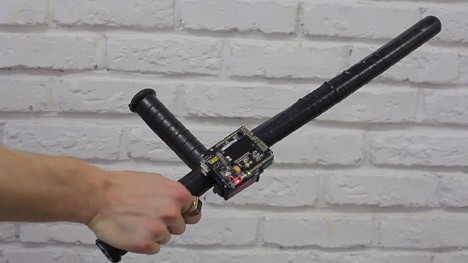 Assuming even the most aggressive people will still care what their mother thinks, this somewhat slapstick police baton is designed to send a message to the user’s mom when it is violently deployed in (or out) of the line of duty.

Russian artist Dmitry Morozov claims he is not an activist but did create this prototype, dubbed Antenna, in response to increasing reports of police brutality around the world. 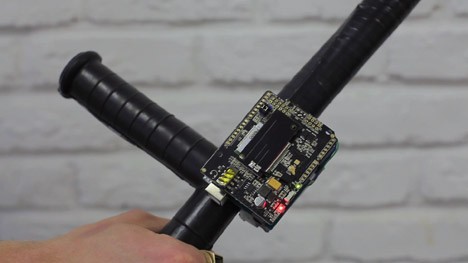 It shoots of an SMS saying “Mom, I hit a man” using piezoelectric power generated by the swinging back and forth of the club. While the device is currently external, it could be shrunk and stuck in the stick itself. Open-sourced hardware and software determines when the truncheon is being swung hard rather than just swaying by the officer’s side, then sends the text. 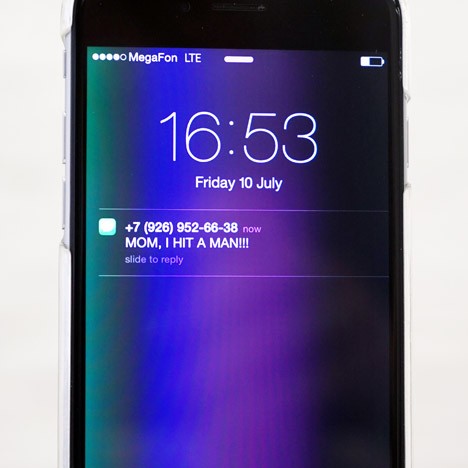 It seems unlikely that this project will have a next step, though perhaps an ultra-progressive police department somewhere on the planet will want to give it a go or protesters will at least lobby for its potential. “As the standard methods of control are ineffective, this project suggests maternity as the last stronghold of human kindness and responsibility. I do think art could help to stop it, or even just raise awareness through irony.”

See more in Art of Tech or under Technology. September, 2015.