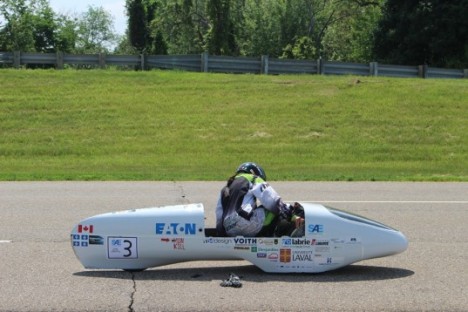 Participating in this year’s SAE Supermileage competition, a team of university students designed, built and drove a single-seat aluminum-shell vehicle that managed to get 2,098 miles out of a single gallon of gas. 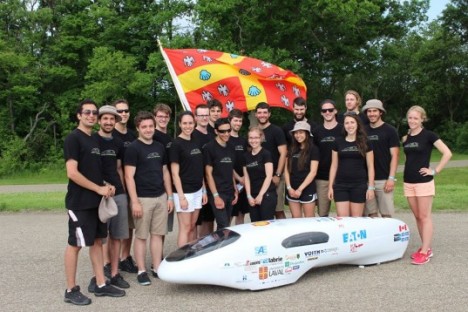 The winning team, from Quebec’s Université Laval, reengineered a previously-successful shell to reduce weight, increase fuel efficiency and optimize the electrical system. These alternations were based in part on a post-event analysis of the previous year’s winning team, improving on their already-impressive work.

Running on just a single cylinder, the team beat the combination by far more than a mile – runners up managed to get over 1,000 MPG but none came within 600 miles of this winning design. The dozens of other contestants tried a number of tricks, including creating electric hybrids, but all will have to go back to the drawing board to come close to competing next year. 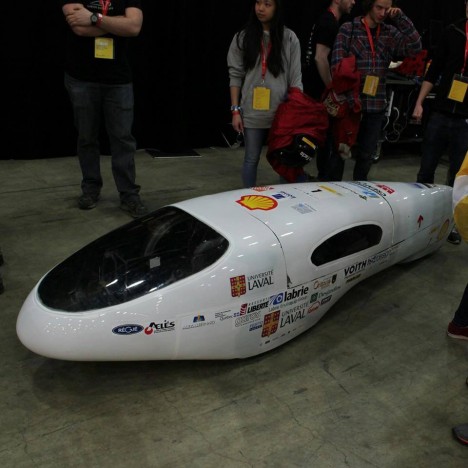 “One of our main goals is to reduce the vehicle weight,” Désaulniers of the team said. “The fact we reuse the shell from last year gives us time to optimize other parts of the car by doing FEA and trying to make them from aluminum. We had been able to reduce approximately the total weight by 2-3 lb.” Other changes to this year’s car included the clutch system, the electronic system, and fuel line. “There was a significant decrease in the energy loss due to the clutch. Also the electronic system and the fuel line were more reliable than the previous year’s,” Désaulniers said. “We also changed the rear sprocket to get a better ratio between the engine and the rear wheel.”

See more in Cars & Trucks or under Transportation. September, 2015.