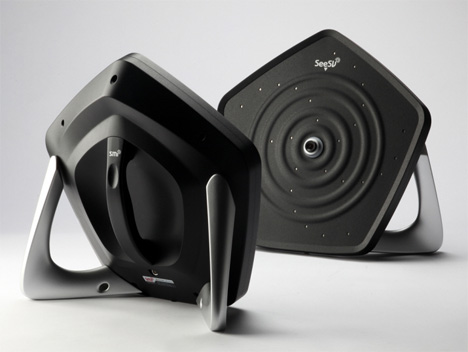 Working on cars or trying to fix machinery can be a headache when you can’t locate the exact spot of the problem. Listening to how the machine or engine runs is a big help, but it doesn’t always lead you to the exact source of the sound. Enter the SeeSV-S205 sound camera, developed by SM Instrument Company and the Korea Advanced Institute of Science and Technology. 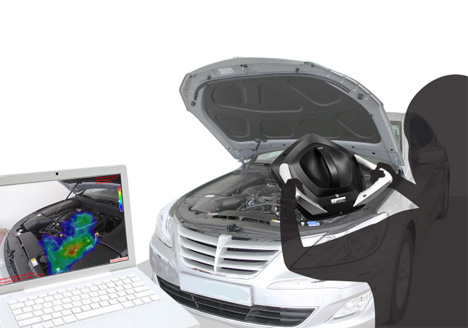 The sound camera is a small hand-held device that, when pointed in the general direction of a troublesome sound, takes an unusual kind of picture. Data from microphones and an optical camera are combined to form an image that looks a little like a color-coded thermograph picture. It’s communicated to a linked computer so that the mechanic or technician can then study the source of the sound. 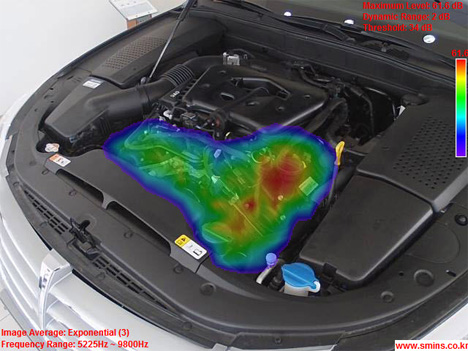 The SeeSV-S205 isn’t the first “sound camera,” but others are big, heavy contraptions that have to be mounted on tripods. This newer sound camera is smaller because it focuses on a more specific range of frequencies – those most commonly found in industrial products. As long as you use the device in the context for which it was intended, the relatively narrow frequency spectrum should be sufficient.