Our future artificial organs and other cyborg add-ons won’t be burdened with the inefficient and inconvenient batteries that implantable medical devices currently use. Traditional batteries require intermittent surgeries to remove implanted devices, replace the batteries and then replace the devices. Now, biofuel cells that use the body’s own supply of glucose are one step closer to becoming a reality after the first successful animal trial. Two rats carried the devices and proved that the biofuel cell can last at least three months and generate up to 6.5 microwatts of power, which gets within walking distance of the 10 microwatts used by pacemakers. 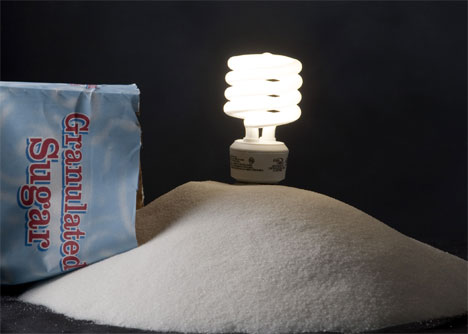 The human body already uses glucose to fuel its systems, so the biofuel cells make sense. Any practical human model would have to last far longer than three months and generate more power than the rat versions, but the study proves that the concept is possible. Long-lasting glucose cells could be used to power artificial hearts, artificial pancreases, and any number of biosensors without the need for frequent surgeries to change batteries. When your body is full of biofuel-running organs, you really will be able to say you live on sugar.

See more in Cybernetics or under Technology. May, 2010.