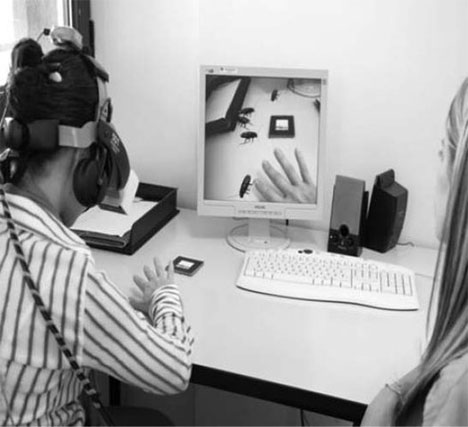 People with serious phobias are subjected to some pretty odd treatments in their quest to lead a normal, panic-free life. Exposure therapy – where the patient is exposed in small doses to the thing they fear – is one of the most popular. The therapy is effective because the patient has the chance to discover that they are in no real danger from whatever they’re afraid of. So would the therapy work as well if the object of fear weren’t actually there? 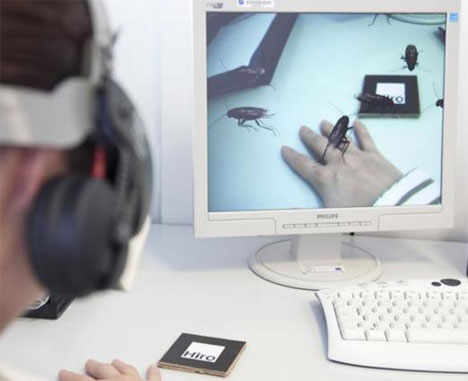 A new study suggests that augmented reality cockroaches may be just as effective as real bugs in the fight against insect phobias. In the study, subjects wore a virtual reality headset equipped with a camera; a monitor showed the subject’s point of view but with one notable addition: a swarm of virtual cockroaches. The test subjects reported feeling high levels of anxiety at the fake roaches, which is a good sign for the efficacy of the method. If the method is used in the future to treat actual patients, the doctor overseeing the treatment will slowly increase the amount of bugs until the patient’s phobia is as much of a phantom as the virtual bugs that helped heal him.

See more in Science Fiction or under Science. May, 2010.